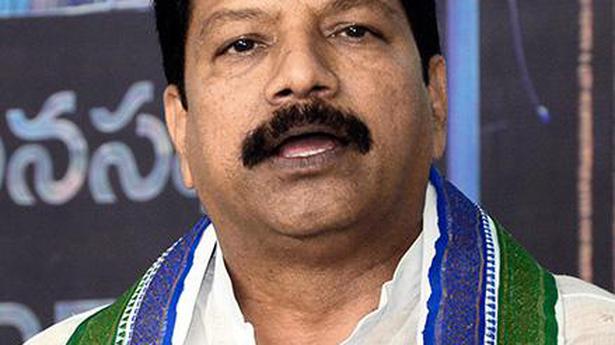 The winter session of the Legislative Assembly is likely to be conducted in December, according to Deputy Speaker Kona Raghupati.

The government had tabled many Bills during the budget session and might table a few more, particularly on land reforms, in the winter session, Mr. Raghupati told The Hindu.

“There is scope for discussion on subjects such as constituency development fund in the winter session,” Mr. Raghupati said.

Referring to the Andhra Pradesh Land Titling Act, 2019, that was passed by the Assembly, he said it was aimed at creating permanent land records and issuing digital cards to the farmers and landowners.

“Taking forward the land reforms and fulfil the promises made, the government may come up with a few more Bills. The government can translate its promises into action by issuing GOs. But since GOs can be cancelled, the government is introducing Bills as they are binding,” he said.

Stating that fruitful discussions had been witnessed during the last session, Mr. Raghupati said that the legislators should discuss about development of their constituencies in the Assembly.

“The funds sanctioned under the Assembly Constituency Development Programme (ACDP) are not sufficient. At least ₹100 crore per annum is needed for each constituency, which comes to ₹17,500 crore per annum for the 175 constituencies. This is just 10% of the State budget. The MLAs can do wonders if the funds are at their disposal. The funds can be at the disposal of the district Collector, who in turn will release it for the works suggested by the MLA concerned,” he said.

To a question on the village secretariat and volunteer system, Mr. Raghupati said that it had come to his notice that a few second and third rung leaders were feeling insecure.

“Some of them have the apprehension that their role will be minimal if the volunteers go around to identify the beneficiaries. But they need to realise that they have a much bigger role to play. They should not become a hurdle in the process. The satisfaction level among the people has increased with the introduction of the new system. People are now happy that they are enjoying the fruits of welfare schemes without any need for political recommendation,” he said.

‘Lottery King’ Santiago Martin’s wife Leema Rose Martin on Monday stated that media reports claiming that huge sums of money were seized by Income Tax officials from the businessman’s house in Coimbatore were not true. According to her the I-T officials carried out searches at houses of Martin, his employees and relatives between April, 30 […]

‘While we are relaxing at home, they are working outside risking their lives so that we are not touched by the coronavirus,’ says a resident Source: thehindu.com Related

The World Health Organization congratulated India on Thursday for its ban on electronic cigarettes, the latest evidence of a global backlash against a technology touted as safer than regular smoking. In a tweet, the UN body’s South-East Asia office said that India was the sixth country in the region to ban e-cigarettes after North Korea, […]