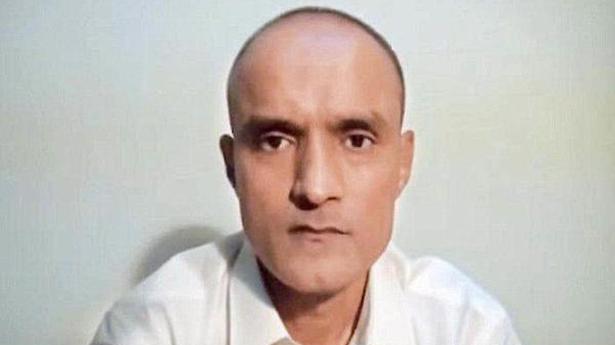 The International Court of Justice will deliver on July 17 its verdict in a case relating to Indian national Kulbhushan Jadhav, whose death sentence by a Pakistani military court based on an “extracted confession” has been questioned by India.

Jadhav, 49, a retired Indian Navy officer, was sentenced to death by the Pakistan military court on charges of “espionage and terrorism” after a closed trial in April 2017. His sentencing evoked a sharp reaction in India.

President of the Court Judge Abdulqawi Ahmed Yusuf will read out the verdict during a public sitting which will take place at 3 p.m. local time (6.30 p.m. IST) on July 17 at the Peace Palace in The Hague, Netherlands.

The verdict in the high-profile case comes nearly five months after a 15-member bench of ICJ led by Judge Yusuf had reserved its decision on February 21 after hearing oral submissions by India and Pakistan. The proceedings of the case took two years and two months to complete.

Here is the chronology of events in the case:

March 26, 2016: India claims there is no proof that Jadhav, a retired Navy officer, who owns a cargo business in Iran, was arrested in Balochistan as claimed by Pakistan.

March 29, 2016: New Delhi seeks from Islamabad consular access to Jadhav. Over the next one year, India made 16 such requests which were denied by Pakistan.

April 10, 2017: A Pakistani Army court sentences Jadhav to death for “for his involvement in espionage and sabotage activities against Pakistan”. India warns Islamabad that it is a case of “premeditated murder”.

April 11, 2017: External Affairs Minister Sushma Swaraj makes a statement in both the Houses of Parliament, asserting that India will go “out of way” to ensure justice to Jadhav who is an “innocent kidnapped Indian”.

April 12, 2016: According to a media report, Jadhav was charged with terrorism and sabotage in an FIR filed against him by the provincial Balochistan government.

April 14, 2017: India demands from Pakistan a certified copy of the chargesheet as well as the judgement in the death sentence of Jadhav and seeks consular access to him.

April 15, 2016: Pakistan briefs envoys of the Arab and ASEAN countries over India-Pakistan ties and the arrest of an alleged Indian spy. It had earlier made a similar briefing to envoys of the P5 (the U.S., the U.K., Russia, China and France).

April 20, 2017: India officially seeks from Pakistan details of the trial proceedings against Jadhav as well as the appeal process in the case.

May 8, 2017: India approaches the International Court of Justice at The Hague against Pakistan military courts decision.

May 10, 2017: India approached ICJ as Jadhav is in illegal detention, says MEA.

May 15, 2017: India and Pakistan cross swords at the ICJ over Jadhav’s case with New Delhi demanding the immediate suspension of his death sentence and Islamabad accusing it of using the world body as a stage for “political theatre” through a “misconceived” plea.

June 16, 2017: ICJ asks India to make its submission in the case by September 13; Pakistan told to complete its submission by December 13. Timelines decided at the June 8 meeting ICJ President Ronny Abraham had with agents of the two countries, MEA spokesperson says. But Pakistan says ICJ rejected India’s request to delay Jadhav’s case.

November 10, 2017: Pakistan offers a meeting of Jadhav with his wife on humanitarian grounds.

The members of Cable TV Operators Association held a meeting at the Collectorate on Wednesday to iron out differences in the modality of taking up Arasu Cable TV. Tahsildar Ilanchezhiyan, who presided over the meeting, said that in areas where there is no provision for enabling cable TV network, the operators have been asked to […]

The Supreme Court on Friday asked former Kolkata Police Commissioner Rajeev Kumar to respond to a plea made by the Central Bureau of Investigation (CBI) for his arrest and custodial interrogation in connection with the Saradha chit fund scam. The CBI wants the Supreme Court to set aside the anticipatory bail granted to Mr. Kumar […]

Bharatiya Janata Party (BJP) working president J.P. Nadda on Friday targeted West Bengal Chief Minister Mamata Banerjee for her alleged opposition to abrogation of Article 370 in Jammu and Kashmir and said “the time of her government is over.” “Is her vote bank bigger than national interest for Mamata Banerjee?” asked Mr. Nadda. Mr. Nadda […]