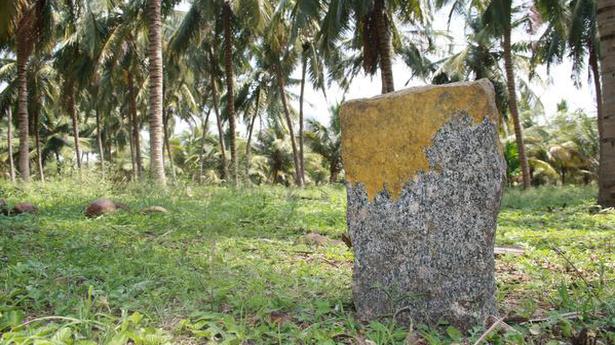 Supreme Court judge Justice Arun Mishra on Wednesday refused to withdraw from heading a Constitution Bench re-examining his own judgment on the grant of compensation under Section 24 of the land acquisition law of 2013.

In a detailed order, the five-judge Bench led by Justice Mishra declined a plea made by several parties to recuse from the hearing as a Bench led by Justice Mishra had in February 8 last year authored a majority judgment that was in conflict with a 2014 verdict of the Supreme Court. The Constitution Bench was set up by the CJI to formulate the correct interpretation of land acquisition provision.

The 2014 judgment was, till Justice Mishra’s judgment, considered the settled law on land acquisition compensation. Justice Mishra’s judgment had opened a Pandora’s Box. Days later, on February 21, a three-judge Bench led by Justice (now retired) Madan Lokur had virtually stayed the operation of the February 8 verdict while questioning its propriety and termed it a tinkering of judicial discipline.

The fact that Justice Mishra was chosen to lead the Constitution Bench had created a flutter in social media and several articles were written questioning the propriety of it.

Seeking his recusal, the parties said a judge cannot sit in appeal against his own judgment. Senior advocate Shyam Divan, in the course of his submissions, referred to the phrase “no man can be a judge in his own cause”.

Another lawyer said “justice should be seen to be done”.

Justice Mishra stoically disagreed with their pleas to recuse. The judge returned the salvo aimed at him by accusing the petitioners of leading a concerted campaign on social media to “malign” him .

Justice Mishra said maligning a judge in social media was akin to maligning the Supreme Court.

Solicitor General Tushar Mehta sounded the alarm, saying “a pattern has emerged whereby articles and social media posts appear a couple of days before an important hearing is due in the Supreme Court in a bid to influence opinion outside the court about the issue at stake… Your Lordships should consider this”.

After passing the order, the Bench prorogued the hearing for the afternoon, giving time for the parties on both sides to formulate the questions of law to be examined by it.

In the 2014 judgment by a Bench led by Justice (retired) R.M. Lodha in the Pune Municipal Corporation case, the apex court held that land acquisition would be void under Section 24 if the compensation amount was not deposited in the landowner’s bank account or with the court in five years. The judgment said payment of money in the government treasury would not be construed as payment to the landowner.

The February 2018 judgment by Justice Mishra’s Bench, however, held that a landowner refusal to accept compensation in five years would not make the acquisition void. There was only a requirement to tender the compensation to fulfil the obligation of payment, it said.

With less than two weeks for Swachh Survekshan-2020 to conclude, the Mysuru City Corporation (MCC) is coming up with new methods to ensure that the people do not throw garbage on the roadsides marring the city’s beauty as well as chances of Mysuru making it to the top in the ‘Swachh’ rank. More than 13 […]

Mostly dressed in blacks and wearing masks, several hundred people from all walks of life, including students, activists, doctors, corporate employees, auto-rickshaw drivers and security guards, assembled at Leisure Valley Park in Sector 29 here on Sunday morning to hold a massive demonstration seeking their right to clean air. The two-hour-long protest – seemingly one […]

The government and its machinery are working for women who seek protection — Union Women and Child Development Minister Smriti Irani sought to send out this message through a video-conference on Wednesday with institutes associated with her Ministry. The appeal comes at a time gender rights activists and the U.N. have called for the need […]