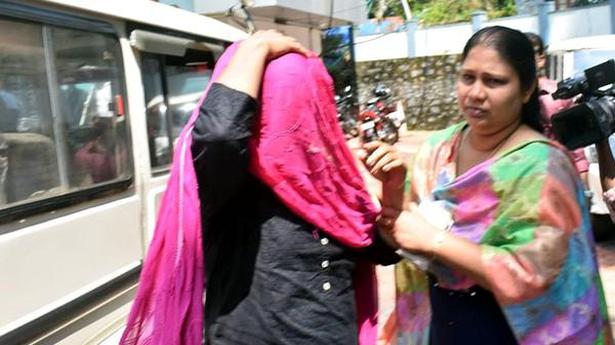 The Kerala police on Tuesday expressed the apprehension that forensic experts might find it challenging to trace signs of cyanide poisoning in the long-entombed bodies of victims in the Kozhikode serial murder case.

Six persons, including three in a family in the district’s Koodathayi village were allegedly killed between 2002 and 2016.

The alleged motive was to grab the property of the Thomas family and marry Shaju Zacharia, Sily’s husband.

State Police Chief Loknath Behara said the considerable lapse of time between the crimes and forensic exhumation of the bodies might hobble the investigation’s effort to establish the presence of cyanide in the bodies interred for years. However, investigators hoped to circumvent the complication by building a singularly strong chain of circumstantial evidence to bolster their case against the prime accused Jolly.

The police have sought the help of international experts and foreign laboratories to find out whether there was any method to establish that the victims had ingested poison scientifically.

Mr. Behara said he had identified a few laboratories in Europe, Canada and the U.S. which might possess the expertise to identify signs of poisoning in disintegrated corpses.

War of words over Amaravati as Andhra Pradesh capital

The heat and dust over Municipal Administration Minister Botcha Satyanarayana’s remark that the Capital city is likely to be shifted continued on Wednesday with the TDP demanding that Andhra Pradesh Chief Minister Y.S. Jagan Mohan Reddy clear the air on the issue. YSRCP MLA and senior party leader Ambati Rambabu said the government had not […]

They were demanding the district administration to arrange for their travel back to their hometowns in U.P., Bihar, Odisha Source: thehindu.com Related

President Ram Nath Kovind on Saturday awarded President’s Colours to the Corps of Army Air Defence at Odisha’s Gopalpur military station. President’s Colours is the highest honour bestowed upon a regiment of the Indian Armed Forces in recognition of invaluable contributions to the security of the nation during peace and hostility. It was presented on […]