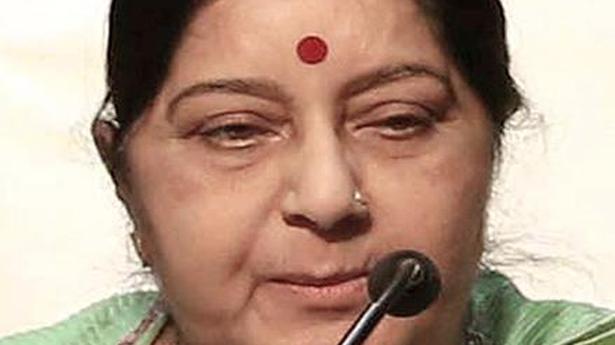 As Libya’s capital Tripoli continues to be hit by violence, External Affairs Minister Sushma Swaraj on Friday asked the 500 Indians stuck there to leave immediately.

The Minister also cautioned that if the Indians stranded in the Libyan capital do not leave immediately, then it may not be possible to evacuate them later.

Over 200 people have been killed in Tripoli in the last two weeks since renegade Libyan military commander Khalifa Haftar’s troops launched a strike to oust U.N.-backed Prime Minister Fayez al-Sarraj.

Ms. Swaraj tweeted, “Even after massive evacuation from Libya and the travel ban, there are over 500 Indians in Tripoli. The situation is deteriorating fast.

“Pls ask your relatives and friends to leave Tripoli immediately. We will not be able to evacuate them later,” Ms.Swaraj said on her Twitter handle.

A day after Congress leader Rahul Gandhi described the house arrest of the party’s Jammu and Kashmir (J&K) chief Ghulam Ahmed Mir and another party leader in Jammu as ‘madness,’ former Union Minister P. Chidambaram on Saturday called it a violation of his fundamental right and urged courts to take note. “Ghulam Ahmad Mir, PCC […]