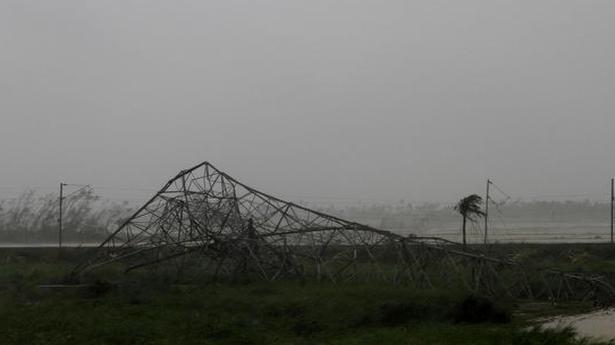 Initial reports suggested 20 people had died due to collapse of walls, trees and electric poles. The Office of Special Relief Commissioner, however, had no official information to validate the death toll.

Lakhs of people have been affected, and the State government has launched massive rescue and restoration operations. After clearing road blockades along National and State highways, personnel from the Odisha Disaster Rapid Action Force and National Disaster Response Force have started moving to villages.

As communication networks are not in place, the extent of damage could not be ascertained. Energy infrastructure has suffered a massive damage in the region. Failure of mobile connectivity has added to the chaos.

The Office of Special Relief Commissioner, however, said the first priority was to admit injured people to hospitals and restore power.

The byelection results of the Vikravandi and Nanguneri Assembly constituencies have revealed that the people of Tamil Nadu have reposed their faith in the ruling All India Anna Dravida Munnetra Kazhagam (AIADMK), party coordinator and Deputy Chief Minister O. Panneerselvam said. “The people have shown that they are with only us. The victory is because […]

Lecturers of pre-university colleges took out a protest march here on Thursday, with demands including rectifying the disparity in pay scale. The lecturers, who assembled at the office of Deputy Director of Pre-University, marched up to the Deputy Commissioner’s office. In a memorandum submitted to Deputy Commissioner R. Girish, they said that the association of […]