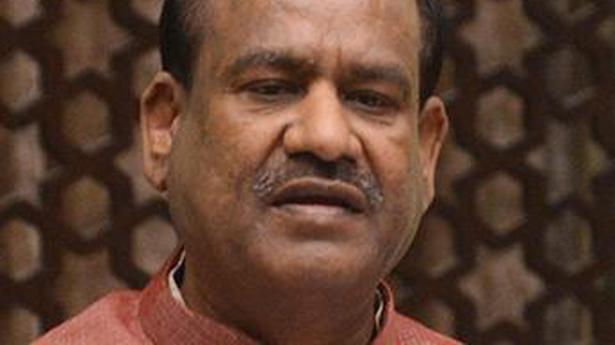 Russia is gearing up to intensify legislative cooperation with India in the coming months. As part of this process, Lok Sabha Speaker Om Birla is likely to visit Moscow in November, a source said.

During the visit, Mr. Birla will hold meetings with leading Russian figures including the Chairman of the Russian Duma, Viacheslav Volodin, the source said.

The visit to Moscow is being viewed as part of Russia’s continued efforts to promote ties between the legislative organs of both sides.

The focus on inter-parliamentary exchanges was part of the joint statement that was issued during Prime Minister Narendra Modi’s visit to Vladivostok in the Russian Far East in the first week of September.

The Central Bureau of Investigation (CBI) has filed three chargesheets against Yadav Singh, former chief engineer of the Noida Authority, and 35 other Source: thehindu.com Related

The central drug regulator has given its go-ahead to a proposal by the Indian Council of Medical Research (ICMR) for the clinical trial of convalescent plasma in COVID-19 patients, as per the protocol developed by ICMR. The Drug Controller General of India said ICMR has submitted a list of institutes, which have shown an interest […]

Princess Maha Chakri Sirindhorn of Thailand visited the Indian Military Academy in Dehradun on Thursday to strengthen engagement and defence cooperation between the two countries. She was accompanied by a 20-member delegation of Thai diplomats and senior dignitaries. The 64-year-old princess interacted with IMA Commandant Lt. Gen. J.S. Negi and held a range of discussions […]