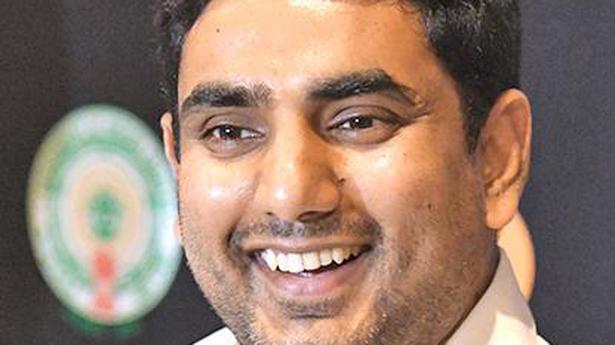 With TDP national president and Chief Minister Chandrababu Naidu finalising the candidature of his son — IT Minister Lokesh from the Mangalagiri Assembly segment — all eyes are on the temple town. Speculation was rife that Mr. Lokesh would be fielded from either Bheemunipatnam or Visakhapatnam North, but Mr. Naidu has opted for Mangalagiri, which is now a vital part of the Capital region.

Once considered a bastion of the Left parties, the town has now transformed into a bustling place and is now a hub of government offices.

Mr. Lokesh is the first high-profile candidate to contest from the segment, post-bifurcation. Proximity to the Capital region, the prospects of a massive development and party strength are some of the factors which could have influenced the decision.

The candidature of Mr. Lokesh could throw up some interesting options for the rival parties. The YSRCP has not yet decided on the candidate. Mr. Ramakrishna Reddy is confident of getting the ticket.

The recent entry of Tadisetty Murali, whose wife hails from the town, has added to speculation that she may get the nod. The YSRCP is contemplating fielding a candidate from the weaver community till recently, but may change its plans in the light of the latest development.

Medical details of over 120 million Indian patients have been leaked and made freely available on the Internet, according to a recent report published by Greenbone Sustainable Resilience, a German cybersecurity firm. What is even more worrying is that the number of data troves containing this sensitive data went up by a significant number in […]

The Haj Bhavan on Thanisandra Main Road in Bengaluru has now been converted into a quarantine centre for about 100 people who are said to be facing the threat of COVID-19 infection, based on the Centre’s list of nearly 1,500 people who may have participated in the Tablighi Jamaat congregation in Nizamuddin West, New Delhi. […]

Ten days after the alleged murder of a five-year-old girl near Madanapalle, a special party formed by Superintendent of Police S. Senthil Kumar on Saturday nabbed a 25-year-old youth on the outskirts of Madanapalle in connection with the case. The body of the girl, who came to attend a wedding with her parents at Angallu […]