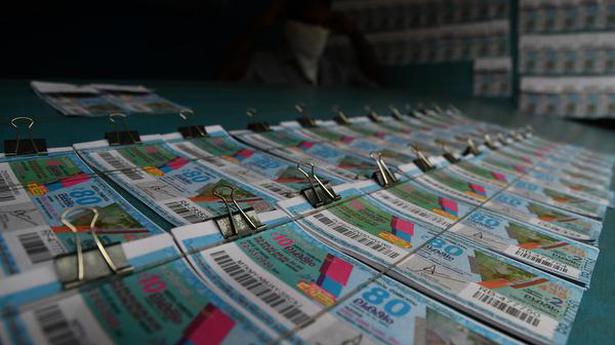 The Supreme Court on Thursday held that lottery, gambling and betting are taxable under the Goods and Services Tax (GST) Act.

The court held that lottery, betting and gambling are “actionable claims” and come within the definition of ‘goods’ under Section 2(52) of the Central Goods and Services Tax Act, 2017.

A three-judge Bench led by Justice Ashok Bhushan said the levy of GST on lotteries does not amount to “hostile discrimination”.

“Lottery, betting and gambling are well known concepts and have been in practice in this country since before Independence and were regulated and taxed by different legislations. When Act, 2017 defines the ‘goods’ to include actionable claims and included only three categories of actionable claims, i.e., lottery, betting and gambling, for purposes of levy of GST, it cannot be said that there was no rationale for the Parliament in including these three actionable claims for tax purposes, and leaving others,” Justice Bhushan wrote in the 87-page judgment.

The court said State regulation, including taxation in one or other form, on lottery, betting and gambling, has been in existence for decades.

Justice Bhushan was responding to arguments made by Skill Lotto Solutions and other lottery agents that lottery is not ‘goods’ and GST on it was illegal. They said taxing only lottery, gambling and betting and not other activities showed a “clear hostile discrimination”.

But the court said the Parliament had an absolute power to go for an “inclusive definition” of the term ‘goods’ to include actionable claims like lottery, gambling and betting.

“The power to make laws as conferred by Article 246A fully empowers the Parliament to make laws with respect to goods and services tax and expansive definition of goods given in Section 2(52) cannot be said to be not in accord with the constitutional provisions,” Justice Bhushan wrote.

The court accepted the government’s stand that the Parliament has the competence to levy GST on lotteries under Article 246A of the Constitution.

Besides, the court said Section 2(52) of the GST Act was in line with the Constitution Bench judgment of the Supreme Court in the Sunrise Associates case, which had held that “the sale of a lottery ticket amounts to the transfer of an actionable claim”.

The court also rejected a suggestion to exclude the prize money from GST while determining the face value of the lottery tickets.

Additional 2,000 ITBP troops may be sent to Sino-India border

About 2,000 additional troops of the Indo Tibetan Border Police (ITBP) may be sent to forward locations along the Sino-India border to strengthen vigi Source: thehindu.com Related

Number of recoveries goes up to 1,416 Source: thehindu.com Related