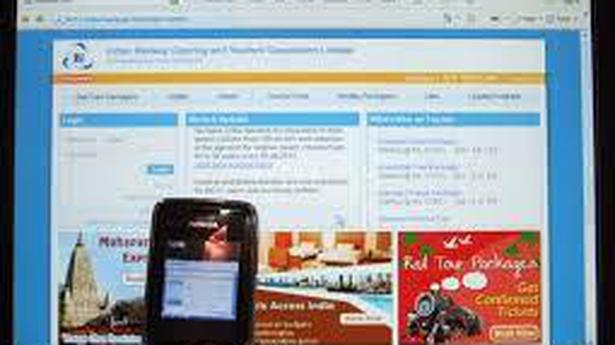 Responding to media reports about paper cups labelled ‘Main bhi chowkidar’ being used on board trains, Indian Railway Catering and Tourism Corporation (IRCTC) on Friday said no prior permission was taken by the licensee concerned.

“The space in cups and other such materials is used for paid publicity by the licensees as per the agreement. The licensees are supposed to take prior permission for printing advertisements from IRCTC. However in this case no such approval has been taken,” said IRCTC in a statement.

Accordingly, a fine of ₹1 lakh has been imposed on the licensee and it has also been served a show-cause notice.

IRCTC said a few of these cups were used only on Friday for a very short period. “The cups have since been withdrawn. Clear instructions are already available in this matter and are being reiterated for strict compliance,” said IRCTC.

About 20 passengers had a narrow escape when a private travels bus, in which they were travelling, plunged into a roadside canal at K. Pedapudi mandal in the East Godavari district on Monday. The bus was proceeding to Amalapuram from Hyderabad, and a few passengers suffered minor injuries in the accident. Negligence of the driver […]

Bharatiya Janata Party (BJP) leader Kummanam Rajasekharan has said the Communist Party of India (Marxist) is now ideologically bankrupt. The CPI(M), which had once drawn people to it with its red flag, was now standing with the believers, he said while interacting with reporters here on Thursday. One of the major decisions taken at the […]