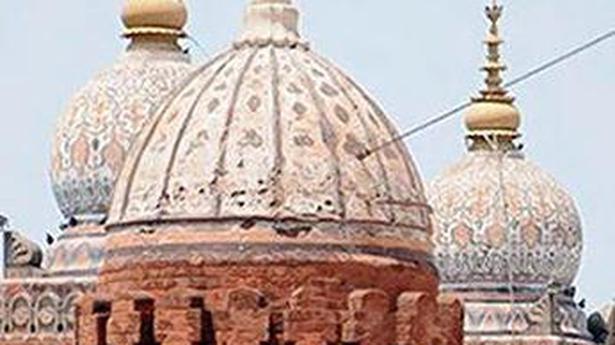 The Madras High Court on Thursday ordered maintenance of complete transparency on State government’s decision to give one-time special financial assistance of ₹2,000 each to around 60 lakh poor families in the State. The government argued that the assistance was aimed at helping those affected due to Cyclone Gaja that caused havoc in 12 districts of the State in November as well as the drought faced by other parts of the State due to failure of the monsoon.

Dismissing a couple of public interest litigation petitions alleging irregularities, a Division Bench of Justices S. Manikumar and Subramonium Prasad recorded the undertaking of Advocate General (A-G) Vijay Narayan that the government was at present in the process of collecting data from various sources and cross checking it with the data already available. After a thorough verification, the final lists would be presented before local Grama Sabhas.

The PIL petitioners M. Karunanidhi, 51, of Sankarapuram taluk of Villupuram district and M. Murugesan, 60, of Anaikattu taluk in Vellore district had accused the government of attempting to give cash dole even to families above the poverty line, with the impending elections to the Lok Sabha in mind, though its original intention was to restrict the benefit only to families below the poverty line (BPL).

However, after perusing government orders, the judges said it had also been extended to other poor families such as that of construction labourers, manual labourers, washermen, hair dressers, tailors, handicrafts artisans, palm tree climbers, handloom weavers, leather product makers, artists, goldsmiths, potters, housekeepers, powerloom workers, street vendors, drivers and cooks among many others.

“It is for the State government to decide as to who should be the beneficiaries under a particular scheme. Courts cannot sit as an appellate authority over the policy of the State unless the policy is so arbitrary that it should be stuck down,” the judges said. They, nevertheless ordered that cross verification of data should be done thoroughly and all ineligible people should be excluded from the beneficiaries list before depositing the money in bank accounts of beneficiaries.

The Bench also agreed with the A-G that most of the issues raised in the present PIL petitions had already been answered by the same Division Bench while dismissing another related PIL petition filed by Satta Panchayat Iyakkam, a non-governmental organisation represented by its trustee Senthil Arumugam on February 15. In that petition, the NGO had doubted if there would be 60 lakh BPL families in the State and accused the government of having provided inflated figures.

While contesting that case itself, the government had clarified that its intention was to distribute the financial assistance not just to BPL families but also to other poor families.

In so far as the State’s contention that the PIL petitioner M. Karunanidhi had submitted a manipulated Government Order in court, the judges accepted an affidavit filed by him explaining the source through which he had obtained the GO and said the issue would be dealt with separately on March 21.

As officials ignored their request to wait till the harvest and destroyed their crops, Rajkumar Ahirwar’s family of Guna face a bleak future Source: thehindu.com Related

The 25-year-old student made eyebrows rise when he became the first in Chittoor district to be declared COVID-19 positive. Tirupati, which was already tense in view of its huge pilgrim footfall with the likelihood of carriers being among the visitors to the town in the weeks before the lockdown, was outraged at the news and […]