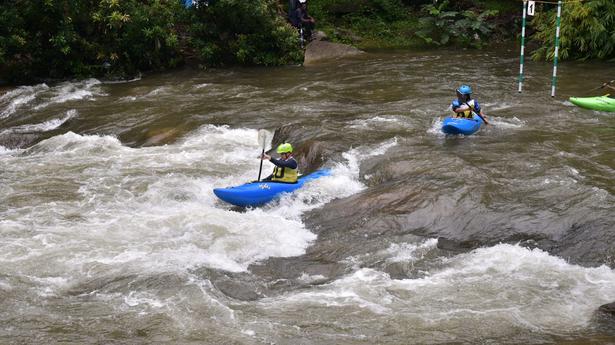 The seventh edition of the Malabar River Festival featuring the International White Water Kayaking Championship kicked off at Pulikkayam near Kodencheri in Kozhikode, Kerala on Friday. The festival, which is rated as one of the best Kayaking Championships in Asia with the highest price money in the world, $1 million, has participation from nine countries.

The event, which has been included in the International Canoe Federation calendar this year, has been recognised by the Indian Kayaking and Canoeing Association. The National Kayaking Championship for selection to the Olympic team was held at the same venue on Thursday.

The loss of crops due to floods in the State has been put at ₹125 crore, according to preliminary assessment by the government. Even as the exact extent of the damage will be known only after flood waters have fully receded, senior officials said around 27,468 hectare of agriculture land has been completely destroyed. This […]

Industrial effluents polluting River Cauvery and the lack of development projects are among the key issues in Erode Parliamentary Constituency. On the farm front, a major grouse is that urbanisation is leading to shrinking of lands for agriculture. Farmers in the constituency are also putting up a stiff resistance to the project for high-tension power […]

A bike rally promoted by the Indian Epilepsy Association and Avitis Institute of Medical Sciences (AIMS) from Kochi to Bengaluru passed through Palakkad town on Thursday, spreading the message of wearing helmet. Assistant Superintendent of Police Swapnil M. Mahajan flagged off the rally after it received a reception at Avitis Hospital here. Popular Bullet rider […]