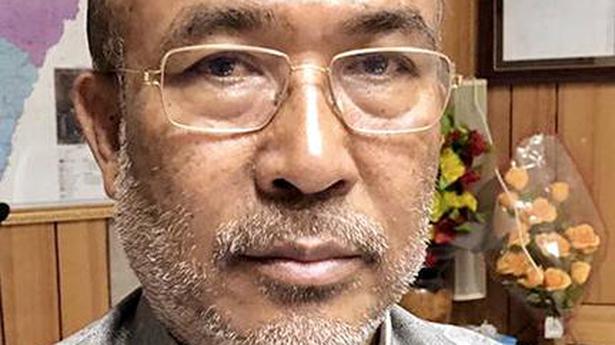 Manipur Chief Minister N. Biren Singh told the Assembly on Monday that the BJP-led coalition government will give “positive consideration” to the demand for the inclusion of Meiteis, a non-tribal indigenous community, in the Scheduled Tribes list.

Replying to a calling attention motion by K. Meghachandra of the Congress, Mr. Singh said there are some issues over the demand and the government is merely seeking time to discuss them minutely.

The Scheduled Tribe Demand Committee has been resorting to various forms of agitations in the State, demanding ST status for the Meiteis. On Sunday it organised a massive protest rally in Imphal and later a public meeting on the issue. The meeting took three resolutions — the government should send a recommendation to the Centre favouring the inclusion of the Meiteis in the ST list by March 6; candidates in the LS polls from the two seats in the State should support the demand; and people shall not vote for those who do not support this demand.

Coronavirus | Odisha to step up screening of those returning to State

Buses and special trains have been arranged to bring back migrants, students and others stranded in different parts of the country Source: thehindu.com Related

The AIADMK government’s last full-fledged Budget before the 2021 Assembly election, to be presented by Deputy Chief Minister O. Panneerselvam on Friday, is expected to feature a ‘populist scheme’. The expectation is based on the ground that the State government is to receive a revenue deficit grant of ₹4,025 crore and net an additional non-tax […]