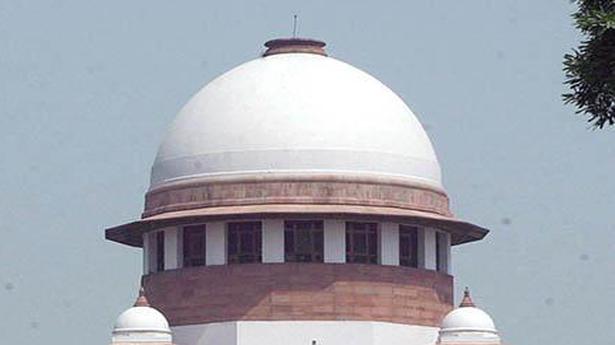 The Supreme Court on Thursday agreed to reconstitute a Bench to continue monitoring a CBI probe into alleged extra-judicial killings by the Army, the Assam Rifles and the police in Manipur when insurgency was at its peak.

The case has been in the back-burner since Justice Madan B. Lokur, who led the earlier two-judge Bench, retired in December last. Justice U.U. Lalit was the companion judge on that Bench.

Senior advocate Colin Gonsalves, for the victims’ families and petitioners, made an urgent mention before Chief Justice of India (CJI) Ranjan Gogoi, apprising him of the fact that the case had not come up in a while.

Mr. Gonsalves submitted that he had first mentioned the matter before Justice Lalit, who told him to mention it before the CJI. The CJI alone had the administrative power to constitute Benches to hear cases.

“We will try to reconstitute the Bench,” the CJI told Mr. Gonsalves.

The last few hearings saw the Justice Lokur Bench facing pressure to recuse himself from the case.

This was in the form of a plea by serving and retired Army officers that there was a perception of judicial bias caused by certain oral comments made by the judges in court. The plea claimed that certain oral remarks of the Bench in an earlier hearing, reported widely in the media, questioning the non-arrest of accused persons, spooked the Army personnel operating in the State. Incidentally, the plea was fully supported by the Centre. Attorney General K.K. Venugopal had pitched in, saying that “more soldiers are killed than insurgents”.

But the court’s amicus curiae in the case, advocate Menaka Guruswamy, and Mr. Gonsalves, had assured the Bench that the plea was merely an attempt to “overawe” the court.

Finally, the Bench, in a detailed judgment in November 2018, refused to withdraw from the case. It concluded that the plea was unfounded. It said the oral observations were not intended to compromise the independence of the CBI probe.

The unsung heroes of Tirumala Brahmotsavam

The annual Brahmotsavams at Tirumala is so mammoth an event witnessing a heavy congregation that it requires additional hands beyond the machinery of Tirumala Tirupati Devasthanams (TTD). Hundreds of such invisible “helping hands” extend their services to the pilgrims in the form of third party supporters. Be it ‘Srivari Sevaks’ (volunteers) guiding the pilgrims to […]

Finance Minister T.M. Thomas Isaac presented the 2020-21 budget of the Pinarayi Vijayan led-LDF government on Friday. Here are the key points from the Minister’s budget presentation at the Kerala Assembly on Friday. Budget proposes a tax hike of 2% on new two wheelers above ₹2 lakhs and cars above ₹15 lakhs 12-point package to […]