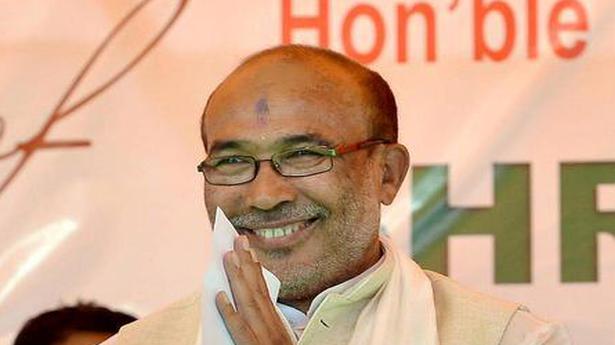 Almost all civil society organisations in Manipur announced on Sunday that they will join the Citizenship Bill agitations on October 3 throughout the Northeast region in protest against the moves to pass the Citizenship (Amendment) Bill.

A meeting of the representatives of the civil society organisations and social activists was held in Imphal on Sunday to reaffirm their stand against the Bill.

Dilipkumar Yumnamcha, convener of the Manipur People Against Citizenship Amendment Bill (MANPAC) formed by over 84 civil society organisations in Manipur said, “People in the Northeast States are fuming over the one nation, one language theory. The people in Manipur have been agitating all these days contending that when enacted this Bill will be against the interest of the indigenous peoples of this region”.

Even States such as Arunachal Pradesh, Mizoram and Nagaland where there is travel restrictions of the outsiders since the Inner Line Permit is in force are not happy with the Bill.

Mr. Yumnamcha said that because of the ferment in the NE States the Bill could not be tabled in Rajya Sabha. “However it does not mean that it will not be passed”, he added.

All political parties in Manipur are also holding a meeting on Monday to make their stands clear to the people over the Bill.

Chief Minister of Manipur N. Biren said that the Bill, when enacted, shall not harm the people of the State. However, his detractors maintain that people take his assurance with a pinch of salt. He said that police parolling and surveillance are intensified over the border towns said to be entry points of the illegal migrants.

Another burning problem in Manipur is the forthcoming accord the Indian government is likely to sign with the National Socialist Council of Nagaland (NSCN-IM). Several prominent politicians say that while the people welcome the forthcoming agreement with the NSCN(IM) they say that nothing should be done to threaten the unity and integrity of Manipur. Sunil Karam, president of United Committee Manipur which is for the protection of Manipur’s territory said that if Manipur’s voice is muffled people will “take up the cudgels to avenge the deaths of 18 persons on June 18, 2001”. They were protesting against the “without territorial limits” words in the agreement with the NSCN(IM).

The officials said there was also a report of ceasefire violation. Pakistani troops opened fire and shelled mortars at forward posts and villages along the Line of Control (LoC) and International Border (IB) in Jammu and Kashmir’s Poonch and Kathua districts, officials said on Sunday. There was no report of any damage on the Indian […]

Palaniswami apprises Modi of steps being taken against COVID-19

The State government is considering blacklisting the recruiting agencies that intentionally cheat jobseekers, Chief Minister Pinarayi Vijayan has said. He was replying to the debate on the Non-Resident Keralites’ Welfare (Amendment) Bill, 2019 as reported by the Subject Committee in the Assembly on Wednesday. Mr. Vijayan said the government had given ₹7 crore to 550 […]