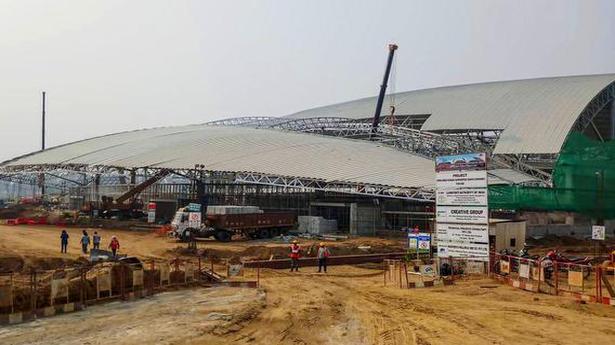 Mr. Qureshi told reporters in his home town Multan on Saturday that Mr. Singh has accepted his invitation and would attend the scheduled opening as a common man rather than as a special guest, ‘Dawn’ newspaper reported.

“He is welcome even as a common participant,” Mr. Qureshi said.

The proposed corridor will connect Darbar Sahib in Kartarpur with Dera Baba Nanak shrine in Gurdaspur district of Punjab and facilitate visa-free movement of Indian pilgrims, who will have to just obtain a permit to visit Kartarpur Sahib, which was established in 1522 by Guru Nanak Dev.

Pakistan is building the corridor from the Indian border to the Gurdwara Darbar Sahib in Kartarpur, while the other part from Dera Baba Nanak in Punjab’s Gurdaspur district up to the border will be constructed by India.

The Centre’s decision to move competitive examinations such as the all-India entrance tests for medical and engineering courses away from the Central Board of School Education (CBSE) to the newly created National Testing Agency has left the school board in a financial hole, forcing it to double examination fees for Class 10 and 12 students. […]

Vice-Chairman of the National Commission for Scheduled Castes L. Murugan on Wednesday said he had asked the Tiruchi police to probe the “love jihad” angle in the case of Dalit BJP functionary Vijay Raghu’s murder. “It seems love jihad (perceived attempts by Muslim men to convert women from non-Muslim communities to Islam by feigning love), […]

Janata Dal-Secular [JD(S)] leader Danish Ali on Saturday joined the Mayawati-led Bahujan Samaj Party, ahead of the coming Lok Sabha elections. Mr. Ali joined the BSP in the presence of the party’s national general secretary Satish Mishra at the BSP office in Lucknow. According to BSP sources, Mr. Ali, who was considered as a top […]