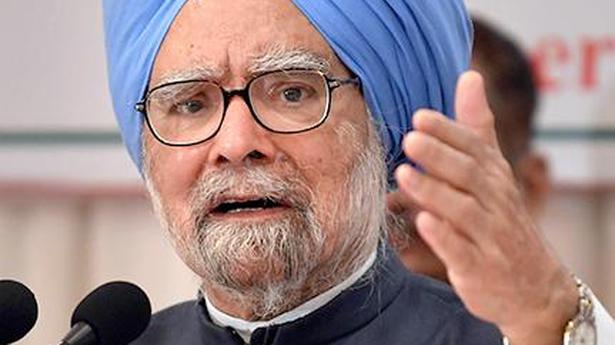 Former Prime Minister Manmohan Singh will not attend the inauguration ceremony of the Kartarpur corridor in Pakistan but will go there as a common pilgrim, sources close to him said on Sunday.

On Saturday, Pakistan Foreign Minister Shah Mahmood Qureshi told reporters in Multan that Dr. Singh had accepted his invitation and would attend the scheduled opening on November 9 as a common man rather than as a special guest, Dawn newspaper reported.

In a letter in response to the invite sent by Pakistani authorities, Dr. Singh said he would not attend the formal inauguration, but would visit the historic shrine as a common pilgrim, sources said.

The former Prime Minister would be a part of the Sikh Jatha delegation led by Punjab Chief Minister Amarinder Singh.

They will pay obeisance at the shrine and would return the same day.

The proposed corridor will connect Darbar Sahib at Kartarpur in Pakistan with Dera Baba Nanak shrine in Gurdaspur district of Punjab and facilitate visa-free movement of Indian pilgrims.

International technology company IBM plans to make a high-resolution weather forecast model that will also rely on user-generated data to improve the accuracy of forecasts available in India. IBM GRAF, as the forecast system is called, can generate forecasts at a resolution of 3 kilometres. This is a significantly higher resolution than the 12-kilometre models […]

The Kurnool joint action committee (JAC), including lawyers, students and teachers, took out a huge rally in the city thanking Chief Minister Y.S. Jagan Mohan Reddy for making Kurnool city the Judicial Capital of the State. The rally began at STBC college grounds and ended at the Collectorate, where lawyers performed ‘palabhishekam’ to the Gandhi […]