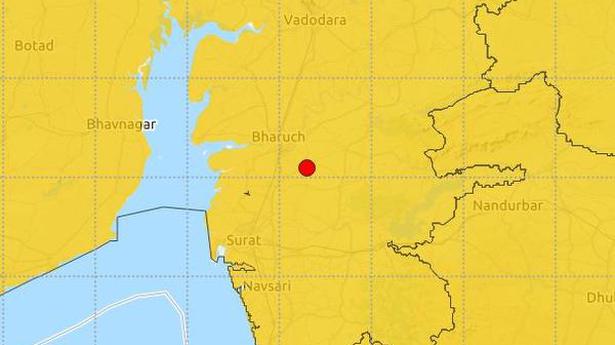 An earthquake measuring 4.3 on the Richter scale rocked south Gujarat on November 7 afternoon, an official from the Institute of Seismological Research (ISR) said.

According to the ISR, the medium-intensity earthquake hit south Gujarat at 3.39 p.m. with its epicentre 36 km east south-east from Bharuch and was also felt in Surat district.

The tremor was felt at a depth of 5.9 km, and caused panic among locals, it was stated.

“As per the primary report, no damage to property or casualty has been reported from anywhere in the district due to the earthquake,” an official from the disaster management department of Bharuch said.

A delegation of the Bahujan Samaj Party (BSP) on Wednesday called on President Ram Nath Kovind to petition him for the withdrawal of the Citizenship Amendment Act (CAA) and for a judicial inquiry into the police action on students of Jamia Millia Islamia (JMI) and Aligarh Muslim University (AMU). “It is against the very spirit […]

Portuguese president Marcelo Rebelo de Sousa on Sunday visited churches in Old Goa, including Basilica of Bom Jesus where relics of St. Francis Xavier are preserved. He also paid a visit to Institute Mater Dei Santa Monica, a church in the Old Goa heritage complex, and the Christian Art Museum located on the premises. All […]

It has tied up with comedian Abhishek Kumar Source: thehindu.com Related