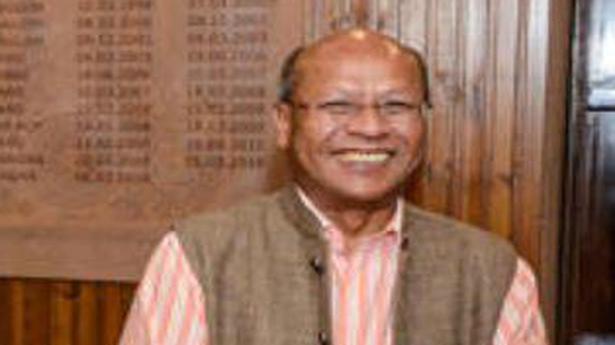 Following the publication of NRC in Assam, Meghalaya government is contemplating to add more teeth to a law, enacted in 2016, to check illegal immigration into the State, Deputy Chief Minister Prestone Tynsong said on Sunday.

The State government will soon hold a consultative meeting with all political parties in the State to discuss the proposed amendment of the Meghalaya Residents Safety and Security (MRSS) Act 2016 and once agreed, the same may be passed in the form of an ordinance, he said.

“We will soon hold consultations with all political parties as well as legislators for their views and suggestions in this regard,” the Deputy Chief Minister told the PTI.

According to the Deputy Chief Minister, the State government did not refer the bill to the select committee in the last Assembly session as this will take a lot of time and may have to wait till next year to be re-introduced in the House.

Pressure groups and students bodies have already submitted their views and suggestions to the State government on the matter, he said.

Pro Inner Line Permit (ILP) groups under the banner of the Confederation of Meghalaya Social Organizations (CoMSO) have suggested to the government to incorporate provisions of the ILP in the proposed amendment of the MRSS Act, to prevent illegal entry and settlement of outsiders.

Students body such as the Khasi Students Union and other groups who are demanding implementation of the comprehensive mechanisms have also met the State government.

Mr. Tynsong said that the different pressure groups have expressed similar opinions that the proposed amendment should be more or less ILP-like mechanism.

“The State government has also agreed to incorporate the provisions of the ILP in the proposed amendment of the MRSS Act, 2016 to ensure safety and security of the State and its people,” he said.

The Deputy Chief Minister further maintained that the proposed amendment will not mean only government mechanism.

“We also want the traditional institutions to be part and parcel of the Act by ensuring that mechanisms at the grass root level are also put in place, he said.

CPI State secretary K. Ramakrishna has been remanded to seven days judicial custody in a case pertaining to ‘rail roko’ at Guntakal in the district in 2008. The Railway court had been hearing the case since 2011. Judge Venkateswarlu remanded Mr. Ramakrishna as failed to attend the court for such a long time. Though Mr. […]