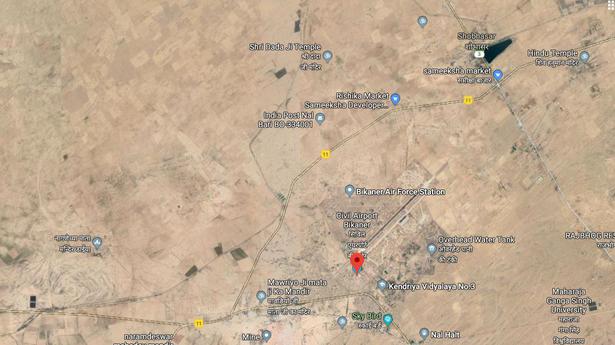 A MiG-21 fighter aircraft on a routine mission crashed on Friday after it was airborne from the Nal Air Force station near Bikaner in Rajasthan.

The pilot ejected safely, the Air Force said. Initial inputs indicated the likely cause as a bird strike after the take-off, an IAF spokesperson said, adding that a court of inquiry would investigate the cause of the accident.

A curative petition filed by Akshay Kumar Singh, sentenced to death in the Nirbhaya gang rape case, was on Thursday rejected by a five-judge Bench led by Justice N.V. Ramana. The five judges dismissed the plea via circulation in their chambers, observing that they found no merit in his plea to be spared the gallows. […]

Electrician Nandakumar, 22, of Ambur who was hit by a cricket bat by his friend Karthik, 23, on Monday evening died on Tuesday afternoon. Police sources said the victim and the accused were friends and had consumed liquor on Monday evening. While Nandakumar was playing cricket with his friends, Karthik who also happened to be […]