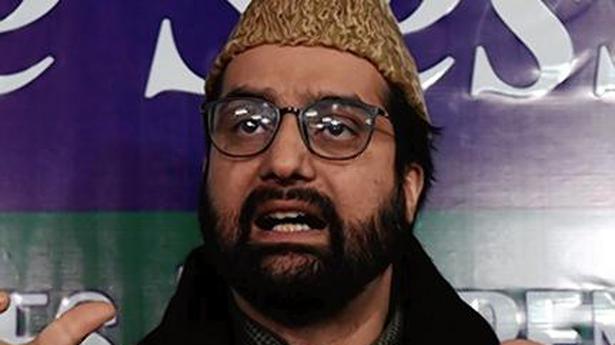 Hurriyat chairman Mirwaiz Umar Farooq failed to appear before the National Investigation Agency (NIA) in Delhi on Monday, citing “hostility and a threat to his life”.

“Under the prevailing conditions of hostility and threat to the Mirwaiz, it becomes unwise for him to travel to Delhi,” said Aijaz Ahmad Dar, the Mirwaiz’s lawyer, in a written reply to the NIA.

The NIA had issued a summons to the Mirwaiz last week. “You [the Mirwaiz] are acquainted with the circumstances of a case under investigation… You are required to report before the NIA at 10.30 a.m. on March 11 for examination,” the NIA notice reads.

In its response, the Mirwaiz’s lawyer on Monday said, “The Mirwaiz was willing to cooperate with the NIA in Srinagar…”

“Unsubstantiated attempts are being made to link the Mirwaiz in false and fabricated ‘terror funding’ cases. It’s aimed at silencing him through intimidation and harassment. He is being victimised for his political views to see a resolution of the Kashmir issue through peaceful means,” reads the letter to the NIA.

The NIA summons had sparked streets protests and a shutdown in Srinagar. J&K’s two main regional parties, Peoples Democratic Party and National Conference, also accused the Centre of “arm twisting of the religious figure” and “attacking the religious identity of the State by summoning the Mirwaiz”.

A woman was arrested in Chandigarh on Saturday after a video in which she is seen thrashing her 80-year-old mother-in-law had gone viral on social media. The act was captured on a mobile phone by a girl who is the neighbour of the victim residing in Niwaz Nagar village in Mahendragarh district’s Narnaul. Haryana Chief […]

Music composer Arjun Janya underwent a cardiac procedure in a private hospital in Mysuru. Though Janya, 39, was initially diagnosed with viral gastroenteritis when he was admitted to the hospital on February 23, further evaluation revealed that he needed cardiac intervention. Consultant cardiologist of Apollo BGS Hospital Adhitya Udupa, along with the cathlab team, performed […]