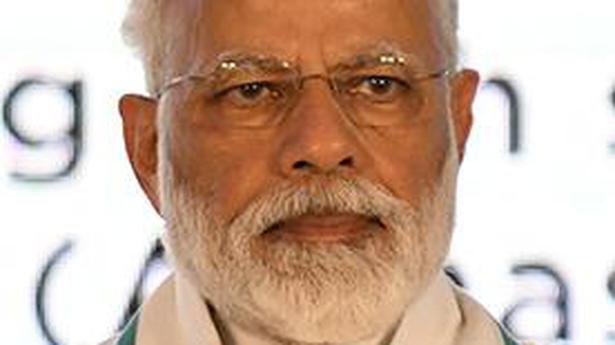 Sources in Election Commission said there was no need for prior permission for the Prime Minister to make an announcement on A-SAT as it was a matter of national security.

The UPA government had initiated the ASAT program which has reached fruition today I congratulate our space scientists & the visionary leadership of Dr Manmohan Singh, Congress leader Ahmed Patel has tweeted.

The A-SAT or anti-satellite mission demonstrates India’s capability to shoot down an enemy satellite in the low-earth and polar orbits.

The DRDO has been working on the technology for a while.

India has established its name as a space power, he says. Only the US, Russia and China has the destination so far. India is the fourth nation now.

“Our scientists have successfully shot down a Low Earth Orbit satellite, 300 km away in space.”

The operation was a success. ‘Mission Shakti’ was a difficult mission. It happened in just three minutes.

It’s a proud moment for all Indians. It’s a matter of pride for all of us that it has been done by indigenously developed technology.

The Prime Minister congratulates the DRDO for the feat.

Today, we have enough satellites that are contributing in various segments such as agriculture, disaster management, communication, weather, navigation etc.

The anti-satellite A-SAT will strengthen the country’s defence.

India has always been against warfare in the space. This has not changed. Today’s test is within the limits of international laws.

“Our aim is to maintain peace, rather than war mongering. The aim of our space programme is peace, India’s economic and technological progress”

Today’s success will ensure a safe, secure nation. We must always think two-steps ahead and have the courage to move forward.

The Prime Minister once again congratulates the people behind this successful feat.

It’s past noon and the Prime Minister is yet to address the nation. Mr. Modi’s Youtube page will be streaming the address live.

“What announcement will fit within the code of conduct guidelines of the Election Commission of India?” former Jammu and Kashmir chief minister Omar Abdullah has tweeted.

As per the model code of conduct the Prime Minister cannot make any new policy announcement after the elections have been announced.

Prime Minister Narendra Modi is set to address the nation via radio and television at 11:45 am on Wednesday.

Do watch the address on television, radio or social media.

Bahujan Samaj Party supremo Mayawati on Wednesday hit out at the ruling BJP and the Congress for their ‘garibi hatao’ promise calling it a bluff.

She accused both of the parties of being “birds of the same feather” who betray people, despite such eradicate poverty slogans which comes to nothing after the votes are over.

“But is poll bluff and reneging of poll promises the sole domain of the BJP?”

“In fact BJP and Congress party are both birds of the same feather. They betraying the interests of the poor, labourers, farmers and others,” Mayawati tweeted.

The AICC came out with a list of three candidates on Tuesday, of which two are for Gujarat — one for Kutch and the other for Navsari.

The grand old party has trusted experienced political leader Naresh Maheshwari for Kutch — a seat reserved for the Scheduled Castes. The ruling Bharatiya Janata Party (BJP) has fielded a sitting legislator Vinod Chavda in the constuency.

Dharmesh Patel has been nominated for the Navsari seat in south Gujarat, who will be fighting it out against the BJP stalwart C.R. Patil.

The Supreme Court is likely to consider on Friday the “outcome” of mediation proceedings conducted by a panel set up to amicably resolve the Ram Janmabhoomi-Babri Masjid land dispute in Ayodhya and may decide whether to hear the matter or continue with the mediation. A five-judge Constitution Bench on July 18 had asked the panel […]

Ready to do 5,000 tests per day: Gehlot Source: thehindu.com Related

Savadi says he does not need to undergo quarantine

A day after Chief Minister B.S. Yediyurappa tested positive for COVID-19 and asked his Cabinet colleagues and officers to quarantine themselves, Deput Source: thehindu.com Related