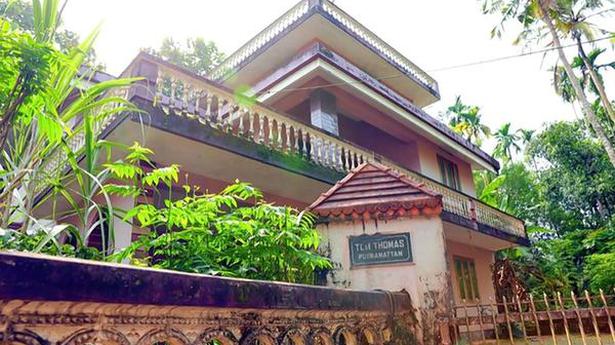 More arrests are likely in the Kerala serial murder case as the Crime Branch is investigating 20 more persons who reportedly maintained close connections with Jolly Shaju, the prime suspect in the murders of her in-laws, husband and three relatives between 2002 and 2016 at the Koodathayi village in Kozhikode.

The suspects also include some family members who were reportedly aware that the deaths occurred due to deliberate poisoning.

Ms. Shaju allegedly poisoned them to death with cyanide to grab their property and marry another man.

Crime Branch sources said Ms. Shaju and two others — M.S. Mathew and P. Prajikumar — were formally arrested after interrogating about 200 people in the area. Hundreds of phone calls were scientifically analysed with the support of cyber cell experts to find the leads.

The available photographs and video footage of all the six deaths in the family were also collected to check the presence of others who may be involved.

A few active political party workers are also under the scanner of the police. Two of them who were very close to Ms. Shaju were served notice to appear before the Crime Branch team for recording their statement.

Sources said the political party leaders were suspected of using their influence to cover up the incident. The house of one of the party leaders had been inspected by the Crime Branch squad for gathering evidence.

Along with the murder case, the involvement of some suspects in forging documents to grab the property of the murder victims too would be investigated.

Soon after the probe was relaunched into the sensational case by the Crime Branch, there were suspected attempts by some of the other family members to divert the direction of the probe and influence the complainant to withdraw the petition.

An officer attached to the Crime Branch said they required more incriminating evidence, including the forensic examination reports, to scientifically prove the involvement of Ms. Shaju in the death of five members in the family.

As of now, her active role was evident only in the case of murder of her ex-husband, he said.

The Crime Branch will soon move the Thamarassery Judicial First Class Magistrate Court seeking the police custody of the three suspects who were remanded in judicial custody on Saturday.

The house where Jolly Shaju lived along with her new husband Shaju after the deaths was sealed by the police.

It was put under surveillance as Mr. Shaju apparently tried to move some documents from the house to another location.

There could have been property documents in the bundle, since the police had found that there were serious property disputes within the family, and may have led to the murders.

Crime Branch sources said they would again interrogate Mr. Shaju to verify his claim that he was not aware of the role played by his wife in the murder of six persons, including his former wife and child. Though he was taken into custody on Saturday for interrogation, he was later allowed to go. According to police sources, he had seemed unaffected by the death of his former wife Sily and child Alphine.

Though M.S. Mathew and P. Prajikumar were arrested on suspicion that they arranged cyanide for Ms. Shaju, police sources said they were not directly involved in the murders. During the interrogation, they claimed that the woman secured cyanide for killing a dog.

Officials of the Education Department are not happy with the lukewarm outcome of the ‘No School Bag Day’ (Srujana – Sanivaram Sandadi), introduced in primary classes of every school, both private and government, on the first and third Saturdays every month. The new concept brought in by the government as part of ‘Happiness Curriculum’, aimed […]

A host of foreign diplomats had a glimpse of the varied facets of Tamil art and culture as young refugees living in the State displayed their talent in Bharatanatyam, Silambam and Veena recital at an event in the city recently. The Bharatanatyam performance was given by Shofiga, a trained classical dancer from Tiruchi; Silambam by […]

A Rajya Sabha member appears to have struck the wrong note for a cluster of villages in Meghalaya by singing paeans to one of them in the Parliament. Almost a month ago, the Bharatiya Janata Party’s Rakesh Sinha asked the government to ensure the inclusion of Kongthong village in the UNESCO list of Intangible Cultural […]