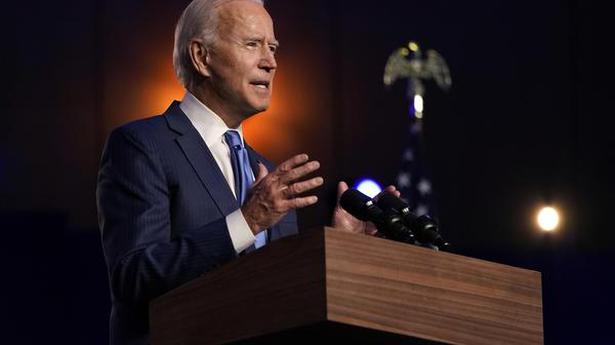 As the three-phase Bihar Assembly elections drew to a close on Saturday, exit polls unanimously predicted a clear edge for Rashtriya Janata Dalthe Mahagatbandhan, led by the Rashtriya Janata Dal’s Tejashvi Yadav. The counting of votes is scheduled for November 10.

A majority of the polls predicted a sharp drop in the number of seats for Bihar Chief Minister Nitish Kumar-led NDA. The BJP, however, is likely to retain its 2015 tally, with some polls predicting a slight increase. For the Mahagathbandhan, polls have predicted a huge jump for the RJD and in particular, popular support for Tejashwi Yadav.

In an unconventional hearing, the Bombay High Court on Saturday reserved the order in the interim bail plea filed by Editor-in-Chief of Republic TV Arnab Goswami, who is in judicial custody in connection with a 2018 case of abetment of suicide.

After hearing the matter for an entire day, a division bench of Justices S.S. Shinde and M.S. Karnik reserved the order. Once an order/judgment is reserved the court can take upto three months to deliver it. However, the bench said it will try to give the order as early as possible.

India is not a part of the Chabahar-Zahedan railway at present, but as Iran begins the second phase of the 628-km project, Tehran hopes New Delhi will help it procure equipment to run the rail line from the Chabahar port to the Afghan border.

According to a senior Iranian diplomat, Iran’s Port and Maritime Organisation (PMO) recently conveyed to India a request for cranes, tracks, switches and signalling equipment, as well as locomotives that it has had difficulty in procuring them directly due to the U.S.-imposed sanctions. Iran has also asked to activate a $150 million credit line that had been offered by India during Iranian President Rouhani’s visit to Delhi in 2018 to pay for the purchases.

The Supreme Court has sought the government’s response on an urgent plea from a 33-year-old Tirunelveli resident to rescue her husband and other Indian workers held “captive” by Houthi rebels in Yemen.

M. Velmathi from Tamil Nadu said there had been no response from officials despite repeated entreaties. She said the duty of the government to its citizens extends beyond the territories of the country to those struggling abroad for their families back home.

The Supreme Court has reserved its judgment on the constitutional validity of imposing Goods and Services Tax (GST) on sale of lotteries across the country.

Petitions filed by lottery dealers, including Skill Lotto Solutions Ltd., argued that the Central GST Act of 2017 and notifications wrongly viewed lotteries as “goods” while they were only “actionable claims”. They said lottery tickets by themselves were only “valueless pieces of paper” and the GST Council was wrong to recommend the imposition of tax on them.

The government has kicked off the second portion of its Central Vista redevelopment project, with the Central Public Works Department (CPWD) this week inviting bids from contractors for the “development/redevelopment of Central Vista Avenue” or Rajpath at an estimated cost of ₹463 crore.

The country’s economy, which had shown resilience to come out from a downturn caused by the COVID-19 pandemic, was expected to bounce back from the next fiscal, State Bank of India Chairman Dinesh Kumar Khara said on Saturday.

There would be a ‘paradigm shift’ which would lead to a ‘more matured economy’, with economic players learning to contain costs, Mr. Khara added.

Alexander Zverev advanced to the Paris Masters final for the first time by beating top-seeded Rafael Nadal 6-4, 7-5 on Saturday, denying Nadal the chance to win a tournament that continues to elude him.

The fourth-seeded Zverev faces No. 3 Daniil Medvedev in Sunday’s final, and leads him 5-1 in career meetings. Zverev goes for his fourth Masters title and 14th overall, while 2019 U.S. Open runner-up Medvedev is seeking his third Masters crown, eighth career title and first of this year.

Bayern Munich’s star forward Robert Lewandowski scored one goal and set up another to help his team beat Borussia Dortmund 3-2 away in the Bundesliga on Saturday.

Lewandowski, who played for Dortmund between 2010 and 2014, took his tally to 17 goals in 13 games against his former club. He also clocked up his 11th goal in just six Bundesliga appearances for Bayern so far this season.

Patients have been facing the heat of junior doctors’ protest in West Bengal as services remain affected in State-run hospitals and colleges for the sixth day on Sunday. At SSKM hospital in Kolkata, Raiganj-resident Samuel Haque, who was admitted with a cardiac problem, said he was uncertain about his treatment. His brother said: “We came […]