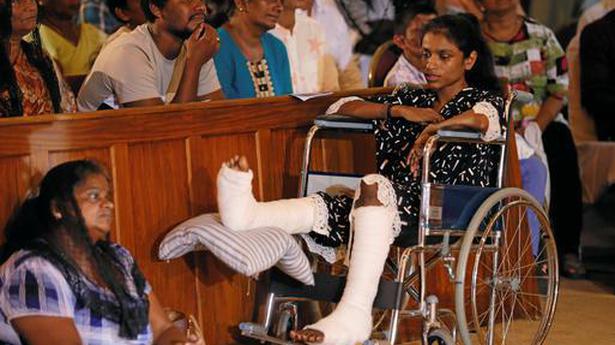 Cases of acute encephalitis syndrome have seen a spike in Muzaffarpur this year, already claiming more than a hundred lives. Jacob Koshy reports on the appalling state of health care in Bihar, even as the debate on what is causing the deaths rages on

The government on Friday introduced The Muslim Women (Protection of Rights on Marriage) Bill, 2019, also known as the triple ‘talaq’ Bill in the Lok Sabha, the first legislation of the Modi government in its second term, amid protests by Opposition members, who claimed it was violative of the Constitution.

The Islamic State (IS) may have claimed responsibility for the Easter terror attacks in Sri Lanka, but its chief Abu Bakr al-Baghdadi was initially not aware of the horrific serial bombings, according to a top official familiar with the probe.

Pakistan has avoided being placed on the Financial Action Task Force (FATF) blacklist during the multilateral financial watchdog’s plenary meetings in Orlando, Florida held from June 16 to 21. However, the country, which continued to remain on a greylist, was given a warning at the end of the plenary session and told that it lacked a proper understanding of transnational terrorist financing.

Lok Sabha Speaker Om Birla on Friday questioned the practice of MPs trooping into the Well of the House with placards. “Why should ‘zindabad-murdabad’ slogans be raised (in) the Well or placard be brought in the Well? Those interested in doing so have the freedom to do so outside,” he said.

Iran vowed to defend its borders after downing a U.S. drone it insisted had violated the country’s airspace, after it emerged that President Donald Trump had approved and then called off retaliatory strikes on Iranian targets.

The U.S. Secretary of State Michael Pompeo released the State Department’s 2018 Report on International Freedom, an annual submission it makes to the Congress each year, as mandated by law. The report consists of country-wise chapters, with the chapter on India detailing and discussing mob-related violence, religious conversions, the legal status of minorities and government policies.

The Goods and Services Tax (GST) Council at its 35th meeting on Friday took a number of decisions aimed at easing the registration and returns filing process. The Council has decided to use Aadhaar as the identity and address proof required for registration for GST. No other documents will be required, and authentication can be done using a one time password.

Union Minister for Environment Prakash Javadekar on Friday told the Lok Sabha that India’s forest cover was up by 1% in the last one year, while former Minister and his own party’s MP Maneka Gandhi disputed the fact, cautioning him that satellite imagery could be misleading, with sugar cane crops being mistaken for trees.

After a few contests against tough rivals, India will get a breather when it takes on Afghanistan at the Hampshire Bowl here on Saturday. The ideal setting for an expected triumph, got even better as the sun was out on the match’s eve. Virat Kohli’s men opted to rest on Friday while Afghanistan limbered up. India is sitting smug with one foot almost in the semifinals.

Municipality plunges into protests over CAA

Almost the all councillors of Palakkad municipality staged dharnas in front of the municipal office here on Thursday in connection with Wednesday’s clashes among them over the presentation of a resolution against the Citizenship (Amendment) Act [CAA]. The protesters were in three blocs. When the ruling BJP councillors protested at the Anjuvilakku junction outside the […]

Janata Dal-Secular [JD(S)] leader Danish Ali on Saturday joined the Mayawati-led Bahujan Samaj Party, ahead of the coming Lok Sabha elections. Mr. Ali joined the BSP in the presence of the party’s national general secretary Satish Mishra at the BSP office in Lucknow. According to BSP sources, Mr. Ali, who was considered as a top […]