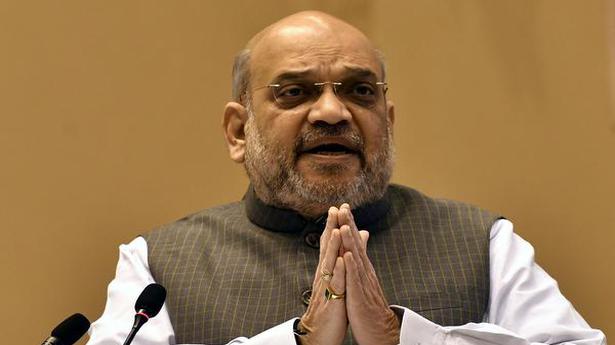 Over 8.9 crore voters will decide the fate of 3,239 candidates in Maharashtra, while more than 1.8 crore people will choose from 1,169 candidates in Haryana.

Congress, JJP give a tough fight to BJP in Haryana

As Haryana votes on Monday, the ruling BJP is clearly ahead of its rivals in the perception battle, though the Congress and the newly floated Jannayak Janta Party (JJP) are not out of the reckoning after a high-pitched campaign.

The Home Ministry is all set to overhaul the Indian Penal Code (IPC) designed by the British. A senior government official said rebooting the code introduced by the British in 1860 was necessary as it is primarily based on the spirit of “master and servant.”

With the recent improvement in relations, India and the Maldives will take forward several pending measures to promote defence cooperation in the next few months, diplomatic sources said. These include lease of a Dornier aircraft, bringing the Maldives under India’s coastal radar chain network and a broad-based humanitarian assistance and disaster relief (HADR) exercise.

Will prepare blueprint for companies looking beyond China: Sitharaman

Finance Minister Nirmala Sitharaman has said she will prepare a blueprint for international companies that are looking beyond China to make India as their preferred investment destination. he said industry leaders who are contemplating getting their businesses out of China are “definitely considering India as the pitch“.

Nearly a month after the RBI clamped down on the operations of scam-hit PMC Bank, the depositors say their woes have only worsened, with some unable to pay school fees of their wards, while others finding it difficult to meet medical expenses.

Manchester United ended Liverpool’s 100 percent start to the Premier League season – and their 17 match winning streak – with a 1-1 draw at Old Trafford on Sunday. The result cuts Liverpool’s lead over second-placed Manchester City to six points and Juergen Klopp’s side were far from at their best.

Mandya Lok Sabha member Sumalatha, the lone Independent MP from Karnataka, visited Swarnasandra area in the district on Thursday after a person tested positive for COVID-19. It was her first visit to the district after COVID-19 positive cases were reported since last month. A total of 196 persons at different parts of the district were […]

Founder of the Cafe Coffee Day chain of coffee shops and son-in-law of senior BJP politician and former Karnataka CM S.M. Krishna, V.G. Siddhartha, went missing in Mangaluru on Monday evening. “He had left Bengaluru on Monday to Sakaleshpura but asked the driver to go to Mangaluru and when they reached the city, he again […]