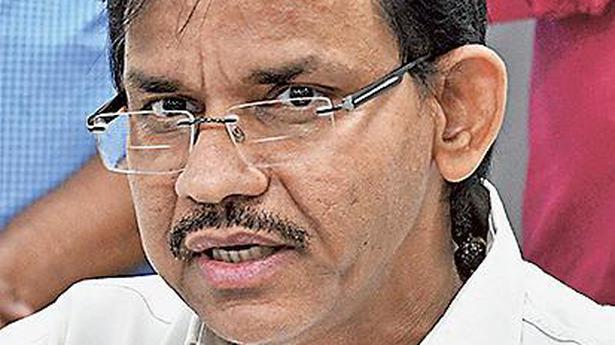 Chief Electoral Officer Gopal Krishna Dwivedi said on Sunday that the Election Commission received over 2,100 complaints on the ‘cVIGIL’ mobile application, a tool for people to report any violation of the model code of conduct. But most of the complaints were not genuine, he said.

In a release, Mr. Dwivedi said only 900 complaints represented facts and the remaining were not genuine. Mr. Dwivedi also said that 90% of the violations reported on the social media platforms such as Facebook and Twitter were found not genuine. He said the State Election Commission welcomed complaints against the code violation, but needed proper information to probe the allegations. He called upon the people to ensure that proper information was provided while lodging complaints.

Amidst all the stress and tensions of crowd management at the Athi Varadar festival in Sri Devarajaswamy temple, Kanchipuram, Wednesday morning brought happy tidings for a couple — Transport corporation driver E. Ashok Kumar and his wife Vimala from Banavaram in Vellore district, who gave birth to their third child. And the baby boy, weighing […]

Firmly at the Top

The India Today Mood of the Nation (MOTN) poll in January 2020 adjudged Uttar Pradesh’s Yogi Adityanath as the best-performing chief minister for the second time in a row. What makes the feat all the more striking is that Adityanath is the only BJP face among the top seven chief ministers in the survey. With […]