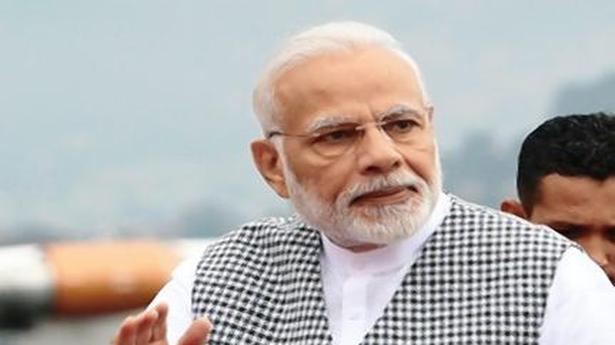 Prime Minister Narendra Modi’s exhortation at the NDA parliamentary party meet last month that his new government would strive to win the trust of all sections of society has prompted prominent leaders of the Muslim community to ask for an active engagement on issues facing the community — education, jobs and what they term Confidence Building Measures (CBM) in the face of “hooliganism”.

The letter addressed to Prime Minister Modi, comes from at least 20 leaders of various community bodies, including Maulana Mahmood Madani of the Jamat Ulama-i-Hind, Kamal Faruqui, former head of the Delhi Minorities Commission, Dr Fakhruddin Mohammad of the MESCO group of institutions of Hyderabad, Qaiser Shamin, former Income Tax Commissioner for Delhi and advisor to the Union Public Service Commission.

The letter commends Mr. Modi for the sentiments expressed by him of winning “Sabka Vishwas” (everyone’s trust) and specifically the mention of the first war of independence of 1857 as a movement that encapsulated the spirit of a united India.

The two page letter further says the community leaders were anxious to push forward their concern on issues related to education and health care, skill development and CBMs.

“Confidence building measures by ensuring adequate protection under the Constitution and the law of the land. A reassurance to the innocent to ensure that hooligans would not be allowed a free run and would certainly be punished,” states the letter.

Speaking to The Hindu, Mr Faruqui, one of signatories, said the spirit of the letter was to offer a process of dialogue and to move ahead on the basis of Mr. Modi’s stated aim for his new government. “All the issues flagged by us are germane to the concerns of the community,” he said.

Specifically on the CBMs, Mr. Faruqui said the safety of citizens was important in the endeavour of “Sabka Vishwas”.

During Mr. Modi’s last tenure, there had been several incidents of violence related to cow protection where members of the minority community were targeted and had resulted in death by lynching in States like Uttar Pradesh and Rajasthan. The request for CBMs is with regard to prevention of such incidents in Mr Modi’s new term at the helm.

The Supreme Court on Wednesday stressed the urgent need to ensure that farmers function without hiccups on account of the COVID-19 pandemic. An apex court Bench led by Justice N.V. Ramana suggested to the Centre to take into consideration the views of an IIM Bangalore faculty member, Trilochan Sastry, before issuing further guidelines to ease […]

Arrangements in place for Council poll

Arrangements are in place for the Srikakulam-Vizianagaram-Visakhapatnam Teachers constituency elections to the Legislative Council to be held on March 22, with counting to be done on March 26. Reviewing arrangements with Observer and Secretary of Energy Department Ajay Jain, District Collector and Election Officer K. Bhaskar said on Tuesday that a total of 123 polling […]