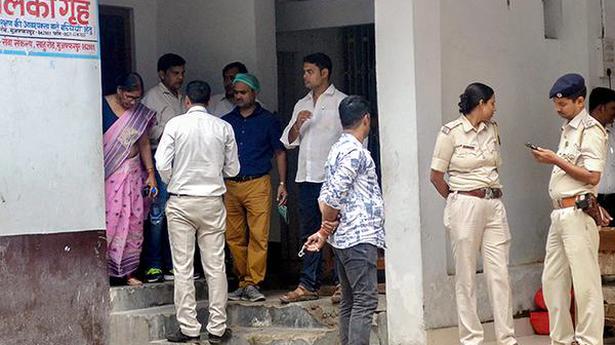 The Supreme Court on Monday asked the CBI to “complete its probe” into revelations that 11 girls were murdered by kingpin Brajesh Thakur, who is accused of the rape and sexual abuse of children in his shelter home at Muzaffarpur district in Bihar.

A Bench led by Chief Justice of India Ranjan Gogoi asked the agency to file a status report on the probe into the alleged killings by June 3, the next date of hearing. “This is an extremely urgent matter,” Chief Justice Gogoi remarked.

The Chief Justice said the matter should definitely be heard soon and intially asked the CBI to complete its probe by May 20.

However, Attorney-General K.K. Venugopal objected, saying that it would not be possible to complete the investigation by May 20.

The court finally, in its order, urged the CBI to take “all necessary action in accordance with the law” and file a status report.

The agency got wind of the alleged murders from the rescued children. The names of these girls, who have mysteriously disappeared from the balikagarh (girls’ home), emerged in the multiple statements of the children. The children said these 11 girls were murdered by Thakur and his accomplices.

In its seventh status report to the Supreme Court, the CBI, who is facing allegations that its probe into the grizzly case is a “hogwash”, said a scrutiny of the girls’ home register at Muzzafarpur has so far revealed that a total of 35 girls with identical or similar had lived there at one point of time or the other. A “field-level verification” about the existence of these girls is also underway.

The agency has also revealed how one of the accused, Guddu Patel, led them to a “particular spot in a burial ground”.

“A bundle of bones was recovered when the area was excavated,” the CBI had told a Bench led by Chef Justice of India Ranjan Gogoi on Friday.

The agency is also fire-fighting rising criticism about the delay in slapping murder charges against the accused persons. “Further investigation is still going on. Therefore, to contend that the allegations of murder have not been looked into or that graver provisions of law have not been invoked is entirely misconceived and premature,” the CBI had submittted.

An application in a writ petition filed by Nivedita Jha in the apex court accused the agency of avoiding crucial leads to shield the perpetrators. It alleged the CBI has already diluted the case. Eom

Those in 9,522 buildings in Maradu to be alerted

An uphill task of reaching out to the occupants of thousands of buildings in Maradu awaits the authorities as they are moving closer to demolishing the four apartment complexes ordered to be demolished by the Supreme Court. There are 9,522 buildings in the 1-km radius of the Maradu apartments, according to a data compiled by […]

A ryot’s Herculean effort to save his papaya crop

At the outset, this farmer’s resolve to save his 6.5-acre standing papaya orchard appears nothing short of a ‘Bhagiratha Prayathnam’ (a prodigious or Herculean effort) as explained locally as he has sunk more than 10 borewells to meet irrigation needs of the crop which is expected to reach the harvesting (fruit-cutting) stage in late May. […]

The Kerala police have sought more information on Nimisha Fathima, a Keralite, who is suspected to be among a group of Islamic State (IS) fighters who are in the custody of Afghanistan law enforcement in Khorasan province. Officials said Fathima and her husband, Isa alias Bexin Vincent, had converted to Islam in 2015, got radicalised […]