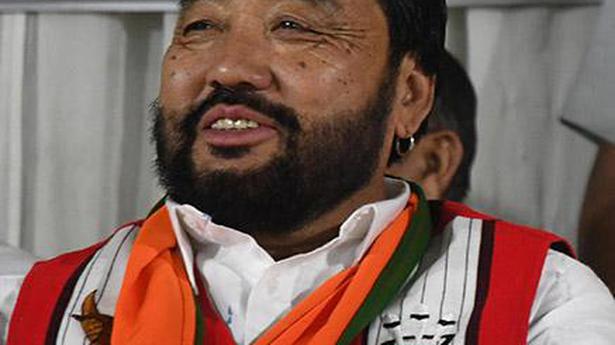 Nagaland’s Deputy Chief Minister Yanthungo Patton has defended the government’s decision to compile a register of indigenous Naga inhabitants, arguing that it will help to safeguard the State from outsiders.

Mr. Patton, who also holds the Home portfolio, told The Hindu, “The Register of Indigenous Inhabitants of Nagaland (RIIN) may take more time; we are consulting all civil society groups, including the National Socialist Council of Nagaland (Isak-Muivah). It can be delayed by a few months.”

In June, the State decided to compile a register to prevent issuance of indigenous inhabitant certificates to ineligible persons. The June 29 notification set December 1, 1963 — the day Nagaland gained Statehood — as the cut-off date.

Mr. Patton said there is a rethink on the cut-off date too: there has been a demand from a section that the date be April 28, 1977.

According to the 1977 notification, the indigenous inhabitant certificate should be issued to only those who had settled in Nagaland or had bought a property before 1963. “Some are saying that the cut-off date should be 1963 or 1977, we have not decided anything but are contemplating on the date too. There is nothing wrong in compiling the list,” said Mr. Patton.

The RIIN is often called a variant of Assam’s National Register of Citizens (NRC). The only difference is the exclusion from the list will not make the people “illegal or Stateless.”

The NSCN(IM), which signed a framework agreement with the Centre for finding a solution to the decades-old Naga problem, has opposed the RIIN. It has called the list “a bid to divide and undermine the inherent rights of the Nagas, besides diluting the peace process approaching a final settlement.”

The NSCN(IM) has been fighting for Nagalim or ‘Greater Nagaland’ by bringing the Naga-dominated areas in Assam, Manipur and Arunachal Pradesh under Nagaland, thus uniting 1.2 million Nagas. It has also demanded a separate flag and a constitution for the Nagas. The Centre has ruled out any division of Assam, Arunachal Pradesh and Manipur.

Rahul Gandhi pays homage to the martyrs of the Jallianwala Bagh

Congress president Rahul Gandhi on Saturday paid homage to the martyrs of the Jallianwala Bagh tragedy, whose centenary is being observed today. British High Commissioner to India Dominic Asquith, who also visited the Jallianwala Bagh memorial in Amritsar wrote in the visitor’s book that the events of Jallianwala Bagh reflect a shameful act in British-Indian […]

BSNL is in strategic interest of nation, we are looking into issues: Ravi Shankar Prasad