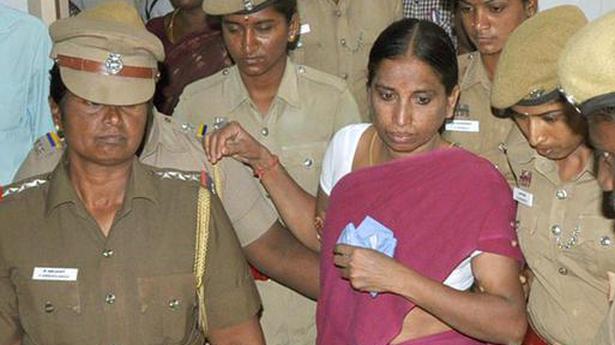 Nalini Sriharan, a life convict in the Rajiv Gandhi Assassination case, Tuesday approached the Madras High Court seeking its permission for her personal appearance before the court to argue on a petition seeking leave to make arrangements for her daughter’s marriage.

Nalini filed a habeas corpus petition stating that she had not availed of any ordinary leave during her stay in prison for more than 27 years.

She further submitted that she had to make certain arrangements for the marriage of her daughter Harithra who is presently residing with her grandparents in London.

Nalini submitted she made a representation to DIG, Vellore Range, seeking six months leave for making arrangements for her daughter’s marriage.

She came to know that her representation was forwarded to the government and it was pending.

Her mother Padmavathi had also submitted a representation on March 22 under Tamil Nadu Suspension of Sentence rules 1982 to authorities, including IG of Prisons and Superintendent of Prisons, Special Prison for Women, Vellore, requesting them to grant her daughter six months of leave for making arrangements for the marriage.

Stating that she has not been granted leave, Nalini said the failure of the authorities to consider the representations was violative of Article 14 and 21 of the Constitution of India.

Hence she sought a direction to the government and prison authorities to produce her before the Court enabling her to present her case personally and to argue the habeas corpus plea as a party-in-person.

A habeas corpus plea is a petition which is filed to ensure a person under arrest is brought before a court which will determine whether the detention is legal.

Drug smugglers have it easy through Maldives and Colombo

Maldives and Colombo have emerged as the major transit hubs for smuggling out hashish oil to European and Latin American destinations, where it is much in demand, say police sources familiar with narcotics cases. The seizure of 3 kg of hashish from a Maldivian national at Kochi airport on Tuesday seems to have reaffirmed this […]