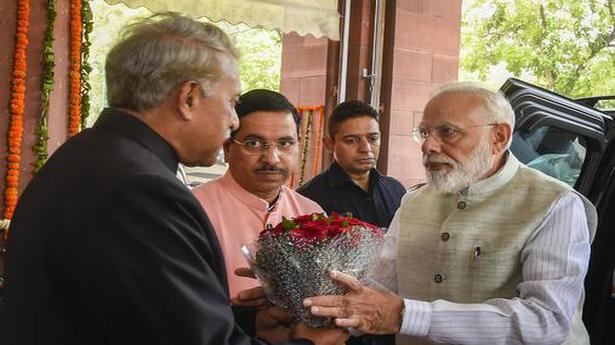 : Prime Minister Narendra Modi on Thursday introduced his Council of Ministers in the Rajya Sabha on the first day of the Budget session.

On Wednesday, Mr. Modi introduced the Ministers in the Lok Sabha after all the elected members took oath.

The seventh edition of the Malabar River Festival featuring the International White Water Kayaking Championship kicked off at Pulikkayam near Kodencheri in Kozhikode, Kerala on Friday. The festival, which is rated as one of the best Kayaking Championships in Asia with the highest price money in the world, $1 million, has participation from nine countries. […]

A total of 406 people, who are housed at a quarantine facility of the Indo-Tibetan Border Police (ITBP) after being brought back from China due to the COVID-19 outbreak there, may be released next week if their final samples turn out to be negative, said officials on Saturday. The reports are expected to be received […]

G. Jagadeesha, Deputy Commissioner, said on Monday that there were 4,000 migrant workers in Udupi district and the administration was already providing food packets and grocery kits to them. Addressing presspersons here, he said these migrant workers worked in construction, fishing and other sectors. They could not return to their native places after the lockdown […]