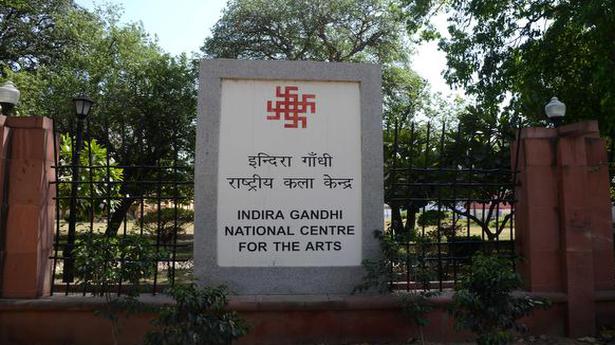 IGNCA to be demolished to make way for govt. offices as part of Central Vista redevelopment in Delhi

The Indira Gandhi National Centre for the Arts (IGNCA) is likely to be closed for three months as it shifts from its current location on Janpath to the Janpath Hotel while its new campus near Jamnagar House is constructed as a part of the Central Vista redevelopment, an official said.

The IGNCA will be shifted to the Janpath Hotel for the duration of the construction, which is likely to be completed by December 2023, IGNCA member-secretary Sachidanand Joshi said. He said the Central Public Works Department, which was carrying out the redevelopment project, was expected to hand over the Janpath Hotel after refurbishing by December 31. He said it would take about two months to shift the centre and another month to settle in. Regular activities at the IGNCA, including outdoor exhibitions and performances, would be re-started by March 31, he said.

“The hotel is being refurbished as per our requirements. There will be a space for outdoor exhibitions. The CPWD is creating an auditorium of almost the same size we have now and an amphitheatre larger than the current one,” he said.

According to the redevelopment plan, the IGNCA would be demolished to make way for new government offices as a part of the proposed Common Central Secretariat. The IGNCA would get a permanent home near Jamnagar House. A total of 10 office complexes had been proposed along the Central Vista after demolishing most of the existing office buildings.

“The IGNCA will be given a very prominent place. The new campus is likely to be completed by December 2023, so it is a matter of two years that we will be at Janpath Hotel. The new campus being created will be as per our requirements and will be at par with any world-class arts centre,” he said.

The design of the new campus would be finalised soon by the CPWD’s consultant for the project, HCP Design, Planning and Management Pvt. Ltd., he said.

Bharatiya Janata Party MP and former Union Minister Jayant Sinha on Sunday said those claiming the economy was in decline were looking backward. Speaking to reporters in Bhopal, he said, “All indicators and international agencies point towards the revival of the economy which had faced a temporary slump.” Stating reasons for the “transient” decline, he […]

Two acres outside Bengaluru to be used for burial

Following complaints that the burial of COVID-19 patients was being carried out without following protocol even on burial grounds located closer to re Source: thehindu.com Related