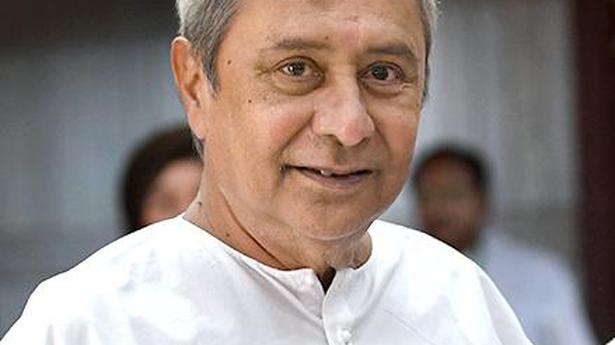 Continuing its move against government officials and employees accused of corruption, the Naveen Patnaik government on Thursday ordered compulsory retirement of an Odisha Forest Service officer and two engineers. With this, the total number of officers given premature retirement in the State since August has increased to 45.

Sudhanshu Sekhar Mishra, Divisional Forest Officer of Athagarh, was given premature retirement on charges of corruption. He was booked by the State Vigilance for acquiring wealth to the tune of over ₹5.5 crore.

The vigilance sleuths had seized over ₹1 crore in cash during a raid at his residence in 2016. He had also ₹3.46 crore deposited in banks. He was placed under suspension in February, 2016, following his arrest in the case.

Last week, the State government had dismissed an Odisha Administrative Service officer and given compulsory retirement to four other officials after corruption charges were proved against them.

Meanwhile, an official of the Agriculture Department was placed under suspension on Thursday by the District Collector of Bolangir on charges of corruption.

Subhendu Behera was suspended and a probe ordered after a video clip featuring the official demanding bribe went viral on social media.

The government has become more active against erring officials following implementation of the ‘Mo Sarkar’ initiative from Gandhi Jayanti Day (October 2) this year to ensure transparency in governance.

Besides, the State government has also directed all departments to adhere to the “5T initiative” — transparency, teamwork, technology, time and transformation — of Chief Minister Naveen Patnaik to further streamline the functioning of all government offices.

Four national-level hockey players were killed and three injured when their car crashed into a tree on a highway in Hoshangabad district on Monday morning, said the police. “The players were travelling on the Itarsi road towards Hoshangabad to take part in the Dhyan Chand trophy tournament at 7 a.m.,” said M.N. Chhari, SP. Witnesses […]

Scuba diving to get a fillip in Uttara Kannada

Scuba diving in the surroundings of Netrani Island, off Murdeshwar in Uttara Kannada, is set to get a fillip with the district administration deciding to soon permit more divers daily, from 60 at present to 100. In addition to the existing three agencies conducting diving, the administration will also allow two more agencies so as […]