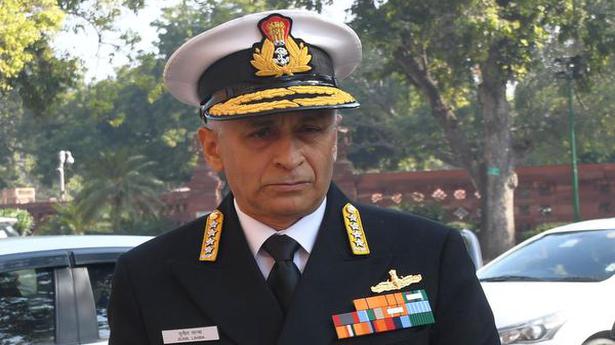 Chief of the Naval Staff Admiral Sunil Lanba on Tuesday highlighted the threat of state-sponsored terrorism that India faces, saying there are “reports of terrorists being trained to carry out attacks with varying modus operandi, including through the medium of the sea.”

Referring to the Pulwama terror attack on February 14 last in which 40 CRPF personnel lost their lives, he said: “We have seen how quickly terrorist groups evolve across the globe and this particular ‘brand’ of terror may well become a global problem in the near future. The Indian security establishment is continuously working to address this menace.”

The Navy Chief was addressing an Indo-Pacific regional dialogue, jointly organised by the Navy and the National Maritime Foundation.

He said it was imperative that the global community acted in concert to contain and eliminate terrorism in all forms.

The Indo-Pacific region held great promise but its future is mired in the “shifting plates of global politics and the fault lines of history”.

He said, “A unique blend of strategised financial aid, creeping territorial accretion, information on operations, legal ambiguity and military assertiveness is being wielded by aspiring great powers to establish regional dominance. This is putting the region’s historically delicate stability under renewed pressure.”

Debt financing models of developing countries in the region

Adm. Lanba flagged a few debt financing models of developing countries in the region as they seek foreign assistance. On multiple occasions over the last few years “we have witnessed such assistance being offered for projects with suspected financial viability, limited local participation, and unequal benefit for the recipients,” he said.

While calling for steps to avoid getting ‘entrapped’ by those with unscrupulous designs, he said, “Some projects have also, arguably, been undertaken solely to support political and strategic designs with almost no benefit to locals.”

Several countries, including Sri Lanka, were caught in huge debts due to large finance infrastructure projects funded by China that turned out to be economically unviable.

In the political domain, Adm. Lanba, without taking names, said in more than one nation, individuals who had lost the democratic mandate sought to undermine political stability and the support to such individuals from certain quarters was “well known”. “This trend all but confirms the long-term intent of these nations,” he noted.

Although the “resilience of democracies has been affirmed” so far, one must neither assume that these tactics would not be repeated, nor presume that they would continue to be ineffective, he cautioned.

‘India for a free, open and inclusive Indo-Pacific region’

Reiterating India’s stand for a free, open and inclusive Indo-Pacific region, he said there had been some overt actions by “some nations in order to accrue territorial gains” supported by “ambiguous interpretations of international law, backed by demonstrated asymmetry of power”, to make incremental changes to the status quo in certain regions, both on the land and at sea.

Adm. Lanba acknowledged that there may be a case to revisit the rules and mechanisms that which defined the existing international order. He reiterated that independent attempts to establish a ‘new set of rules’ within any sphere, based on asymmetry of power, would erode stability and undermine peace.

“Unilateral actions in direct violation of international arbitration mechanisms have furthered undermined security and stability in some regions,” he added.