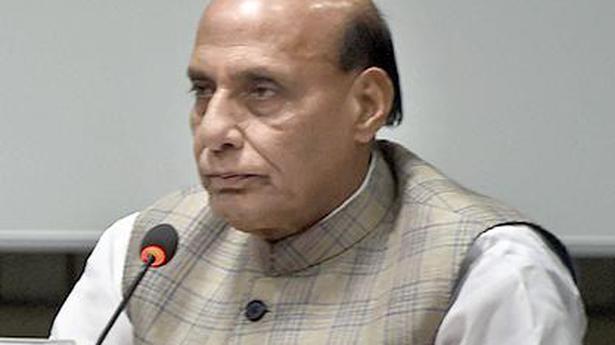 The Navy issued an ‘Expression of Interest’ for shortlisting potential strategic partners for the construction of six P-75 (I) submarines costing nearly ₹45,000 crore, the Defence Ministry said on Thursday.

This is the second project being undertaken under the latest Strategic Partnership (SP) Model, with the first being the procurement of 111 naval utility helicopters (NUH). This will provide a major boost to the indigenous design and construction capability of submarines in India, in addition to bringing in the latest submarine design and technologies as part of the project, the Navy said.

“As a major initiative towards ‘Make in India’, the government immediately on taking over has issued the Expression of Interest(s) for shortlisting of potential Indian Strategic Partners (SPs) for “construction of six conventional submarines for P-75(I) project of the Indian Navy on June 20,” it said.

The case was approved by the Defence Acquisition Council on January 31. The Expression of Interest (EoI) for shortlisting of Indian strategic partners has been uploaded on the Defence Ministry and Navy websites.

The EoI for shortlisting of Original Equipment Manufacturers (OEMs) will be issued in two weeks, the Navy said.

The SPs in collaboration with OEMs have been mandated to set up dedicated manufacturing lines for these submarines in India with an aim to make India the global hub for submarine design and production.

The project would not only aid in boosting the core submarine and the ship building industry but also greatly enhance the manufacturing, industrial sectors, especially the medium, small and micro enterprises, by development of an industrial eco-system for manufacture of associated spares, systems, and equipment related to submarines.

The potential Strategic Partners are expected to respond to the EoI within two months.

“The Indian companies would be shortlisted based on their capability for integration of systems, expertise in shipbuilding domain and the financial strength. The OEMs would be shortlisted primarily based on their submarine design meeting the Indian Navy’s Qualitative Requirements and qualifying the Transfer of Technology and Indigenous Content [IC] criteria,” the Defence Ministry said.

“This will be an important step towards meeting broader national objectives, encouraging self-reliance and aligning the defence sector with the ‘Make in India’ initiative of the government,” it added.

Congress leader Rahul Gandhi on Sunday said Prime Minister Narendra Modi and Home Minister Amit Shah have “destroyed” the future of the country’s youth and are “hiding behind hate” to escape their anger over lack of jobs and state of economy. Mr. Gandhi said they can only be defeated by responding with love towards every […]

Kerala is working towards developing a design policy for promoting sustainable infrastructure that employs innovative designs for habitats and smart cities, Chief Minister Pinarayi Vijayan said here on Saturday. Design festival Speaking at the concluding session of the Kochi Design Week, he said the government intends to launch a ‘Kerala Design Festival’ by scaling up […]