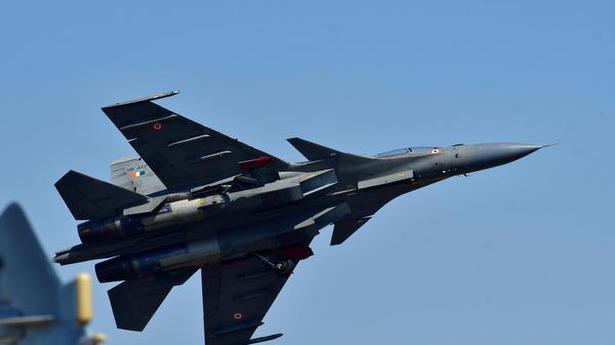 The Indian Navy on Tuesday rejected Pakistan’s claims that they prevented its submarine from entering their [Pakistan] waters as propaganda and said their deployments remain undeterred.

“Over the past several days, we have witnessed Pakistan indulging in false propaganda and spread of misinformation. The Indian Navy does not take cognisance of such propaganda. Our deployments remain undeterred,” the Navy said in a statement.

The Navy also reiterated the statement made during the joint press conference on February 28 that it remains “deployed as necessary to protect national maritime interests.”

In a statement on Tuesday, the Director General Public Relations of Pakistan Navy claimed to have detected one of Indian Navy’s latest submarines and localised in Pakistan’s maritime zone on Monday.

“The submarine could have been easily engaged and destroyed had it not been Pakistan’s policy to exercise restraint in the face of Indian aggression and to give peace a chance to prevail,” the statement claimed and added this was the second such incident, the last one being in November 2018. Pakistani media outlets have shown a video of the purported Indian submarine.

Responding to the claims and the video, official sources said it was a video of November 18, 2016 and stated that it was an effort by Pakistan to deflect attention by “issuing a series of items suggesting that India is still continuing to threaten them militarily.” Also calling some reports claiming to have shot down an Indian Air Force (IAF) Su-30 as “false,” an official source said all IAF Su-30s are fully accounted for.

“All this is being done simply to keep their population deluded and in a heightened sense of fear and expectation of an Indian strike, so they don’t ask questions of their own government,” the source stated.

A special branch police team destroyed 3,000 litres of fermented wash and 500 litres of illicitly brewed liquor, which they seized from Kundrani hill near Odugathur in Vellore district. Ever since the lockdown was announced, the scramble for liquor has been on the rise and people trying to cash in on this opportunity indulged in […]