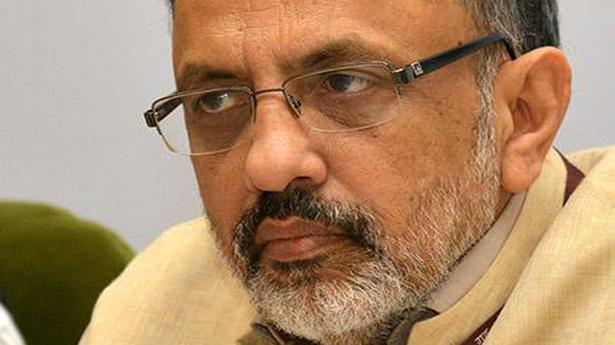 Cabinet Secretary holds video conference with Chief Secretaries of Tamil Nadu and Kerala, the advisor of Lakshadweep and Secretaries of different Ministries.

The National Crisis Management Committee (NCMC) on Tuesday reviewed the situation evolving in Tamil Nadu, Kerala and Lakshadweep where heavy to very heavy rains are expected in view of a deep depression emerging along the coastline.

At a meeting held in New Delhi, the NCMC, headed by Cabinet Secretary Rajiv Gauba, also took note of the advisory given to fishermen and deployment of rescue teams.

The Director General of the India Meteorological Department informed that winds of different speeds during the deep depression are likely to affect the coast of Tamil Nadu, Kerala and Lakshadweep with heavy to very heavy rainfall between December 2 and 4.

He mentioned that as of now, it is likely to cause damage to crops and some essential services.

There should be complete suspension of fishing activities up to December 4, he told the meeting.

The Chief Secretaries of Tamil Nadu, Kerala and Advisor, Lakshadweep briefed the NCMC about their preparedness and arrangements by District Disaster Management Committees in the districts concerned, warning to fishermen and deployment of rescue teams.

The Director General of the National Disaster Response Force informed the meeting that the necessary teams have been positioned in these areas and the remaining teams have been kept on stand-by across Tamil Nadu.

The Secretaries from the Ministries of Civil Aviation, Telecommunication, Power, Home, NDMA and the representative of Ministry of Defence also briefed the NCMC about their preparedness.

The Cabinet Secretary asked the State governments and central ministries to ensure that all necessary actions are taken to ensure that damage is minimum and necessary preparations are made to restore essential services at the earliest, the statement said.

Royal representative of Pandalam Palace R. Pradeepkumar Varma was accorded a customary reception at the Sabarimala Sannidhanam on Friday. He was received by Rajendraprasad, Devaswom executive officer, and others near the Valiya Nadappanthal. He handed over the golden sword, which he brought from the palace, to the Melsanthi for placing it beside the Ayyappa idol, […]

Order to come in effect after guidelines are announced Source: thehindu.com Related