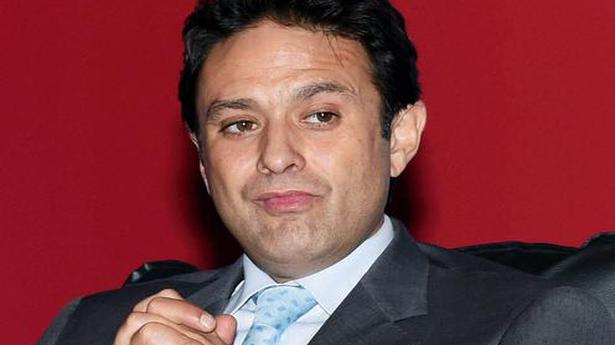 Ness Wadia, son of industrialist Nusli Wadia, has been sentenced for drugs possession while on a skiing holiday to Japan.

Financial Times has reported that Ness Wadia, heir to the 283-year-old Wadia Group and co-owner of the Kings XI Punjab cricket team, was arrested in early March at New Chitose Airport in the northern Japanese island of Hokkaido.

According to a brief report carried by a local Hokkaido station of state broadcaster NHK, customs officials at New Chitose were alerted to Mr. Wadia by sniffer dogs and a search revealed that he had about 25g of what appeared to be cannabis resin in his trouser pocket.

The Wadia empire has many units, which include Bombay Dyeing, Bombay Burman Trading, biscuit giant Britannia Industries, budget airline GoAir and a share in IPL franchise Kings XI Punjab with the total market valuation of its listed entities standing at $13.1 billion.

A court official in Sapporo told the Financial Times that Mr. Wadia admitted to possession, arguing that the drug was for his personal use.

Mr. Wadia spent a period in detention before his indictment on March 20 and an undisclosed period of detention before a court hearing. The Sapporo District Court handed him a two-year prison sentence, which was suspended for five years.

Japan’s narcotics laws are strict and are currently being applied especially tightly.

Two batches of Indian pilgrims for Kailash Mansarovar yatra did not receive the necessary Chinese visa till Tuesday night. indicating an unusual procedural delay. Sources inform that the visas are issued at least a day before the beginning of the journey, but they have not been issued to the two batches who were to leave […]

Lok Janshakti Party (LJP) MP from Bihar’s Samastipur Ram Chandra Paswan died on Sunday afternoon following a brief illness. He was 57. Ram Chandra Paswan, the younger brother of Union minister and LJP chief Ram Vilas Paswan, passed away at 1.24 p.m. at the Ram Manohar Lohia Hospital here. He was admitted to the hospital […]

As Delhi and its neighbouring areas continue to be severely hit by pollution due to stubble burning in neighbouring States, eminent agricultural scientist M.S. Swaminathan suggested that the Delhi, Haryana and Uttar Pradesh governments could set up ‘Rice BioParks’, where farmers could convert stubble into income and employment. In a series of tweets on Monday, […]