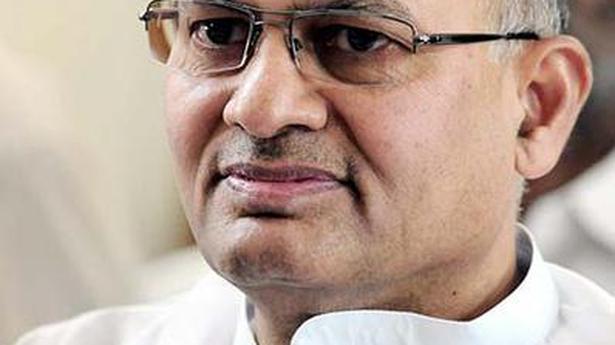 V. Eswaraiah, who took over as Chairman of the Andhra Pradesh Higher Education Regulatory and Monitoring Commission (APHERMC) here on Wednesday, says making A.P. a model State in the education sector is among top priorities of the Commission.

Justice Eswaraiah, a former High Court judge, told The Hindu that the Commission’s endeavours would be to revamp the system in the State and bring it on a par with developed countries where every child has an equal opportunity. It was the duty of civil society and the governments to ensure education was within the reach of every child, he said.

Education is the main investment for an individual, his family and the country and it should not be commercialised. The State government was making efforts in that direction and the Commissions — APHERMC and AP School Education Regulatory and Monitoring Commission — were focused on achieving it, he said.

“I have some set standards. The University Grants Commission, the Medical Council of India (MCI) and the All India Council for Technical Education have framed a set of regulations and the onus lies on the Commission to implement them. Anybody is free to approach the Commission,” he said.

The Commission has powers to summon the colleges that were not following rules. It can levy penalties and even recommend cancellation of their recognitions. No State has such a powerful Commission in the entire country, he added.

Justice Eswaraiah started his career as an advocate and later became a government pleader before being elevated as a judge of the High Court where he served as judge and acting Chief Justice from 1999 to 2013. He created a record of sorts by delivering judgments in as many as 69,000 cases during this period.

H.R. Bharadwaj, India’s second longest serving Law Minister, former Karnataka Governor and veteran Congress leader, passed away after a cardiac arrest here on Sunday. He was 83 and is survived by his wife, a son and two daughters. He had been admitted to a private hospital here for kidney-related ailments. Mr. Bharadwaj first entered the […]