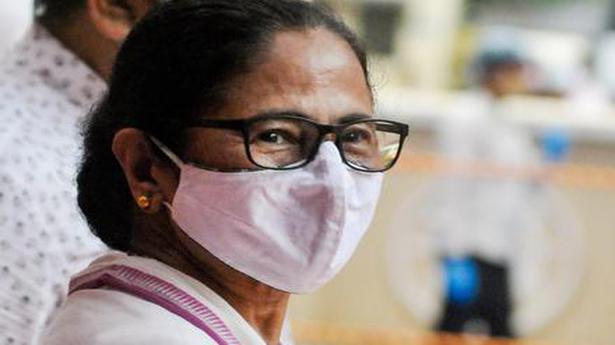 West Bengal Chief Minister Mamata Banerjee on Tuesday claimed that the new farm laws enacted by the Centre have led to blackmarketing of potato and onion, causing sharp rise in prices of the commodities.

Ms. Banerjee said that she has written to Prime Minister Narendra Modi that the Centre should ensure that there is no blackmarketing of these items or provide the necessary power to states for tackling the problem.

“The central government has made destructive farm laws leading to blackmarketing of essential food items like potato and onion,” the chief minister said at an administrative meeting here.

“Earlier we used to keep a check on prices of these essential food items but the central Acts have robbed the states of their powers. This has caused losses to farmers as well as consumers,” the Trinamool Congress supremo said.

The Hindu Explains | Who gains and who loses from the farm Bills?

Alleging that the central government has looted everything from farmers through the acts, the chief minister said that prices of potatoes are increasing alarmingly.

She said that the state government should not be blamed for the high prices of items like potato or onion, which were earlier in the list of essential commodities.

The Centre in September enacted the Essential Commodities (Amendment) Act, 2020, which removed cereals, pulses, oilseeds, edible oil, onions and potatoes from the list.

“The Centre has made such an act that it (pricing) has gone into the hands of blackmarketeers,” Ms. Banerjee said.

She said that the West Bengal government is still selling potatoes at ₹ 25 per kg from its ‘Sufal Bangla’ outlets with the stock it had procured earlier.

The Bill proposes that not more than 20% of the total foreign funds received could be defrayed for administrative expenses, presently the limit is 50%. Source: thehindu.com Related

The elusive leopards, which have been deprived of attention in conservation circles, are facing an unconventional threat in Karnataka: of unsecured open wells. A new paper highlights how open wells are emerging as a new threat to the leopards given the high number of incidents of the spotted big cats falling into them. The paper […]