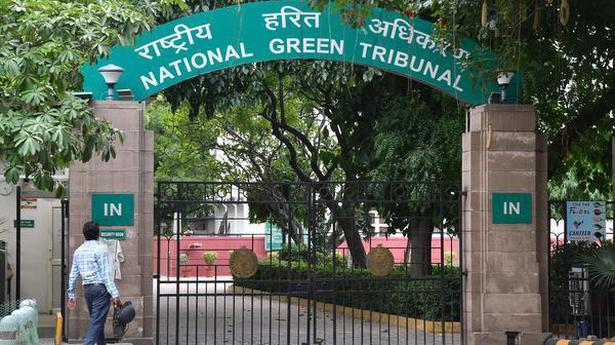 The National Green Tribunal (NGT) has directed the Odisha government to prepare an action plan within three months on 14 identified elephant corridors for providing stress-free migration to jumbos from one habitation to another in the State.

The State government had proposed 14 corridors stretching over a total area of 870.61 sq.km. having a length of 420.8 km. Despite the passing of several years, no tangible progress had been made on government’s proposal.

Biswajit Mohanty, secretary of the Wildlife Society of Orissa (WSO), a voluntary organisation, had moved the NGT seeking concrete action on strengthening of corridors.

The WSO had sought the NGT’s intervention for necessary legal action against encroachers and those violating the Provisions of the Forest Conservation Act 1980 and the Indian Forest Act 1927 in the proposed corridors.

The government was urged to remove the unauthorised buildings from the reserve forest land in Dhenkanal district, which sees acute human-elephant conflict, and make the forestland free from encroachment.

“Traditionally 14 corridors have been identified in the State which used to be used by elephants during the course of their migration. These corridors need to be protected. The all-round development like human settlements, roads, railway line, electric lines, canal and mining are the main cause of corridor fragmentation,” the government mentioned in the plan.

The NGT had issued a prohibition order directing that all such activities which are not permissible to be carried out in such a highly eco sensitive zone (ESZ), should not be undertaken. Moreover, the NGT directed authorities to expedite demarcation of the corridors and the process for formal notification within a specific time frame in 2017.

The State responded stating that the work of assessing habitat viability and ground-truthing of the already identified elephant corridors was handed over to the Asia Nature Conservation Foundation (ANCF).

The ANCF had completed its task with respect to the corridors. The government had even submitted that elephants were sighted in places where the jumbos had never been seen in the recent past.

The government had sought time to inform the NGT about action plan to strengthen corridors. It, however, failed to give a concrete action on physical progress on corridors. The principal Bench of the NGT — comprising S. P. Wangdi, judicial member, and Saibal Dasgupta, expert member — in its latest order said the government must treat it as the last opportunity to come up with an action plan.

Meanwhile, an elephant died when a passenger train hit the animal near Jujumara in Sambalpur district. The East Coast Railway has ordered a probe into the circumstances under which the elephant died. This year, as many 42 elephants have died and 64 persons lost their lives in man-animal conflict in Odisha.

The Karnataka government has revised the guidelines for containment and buffer zones in view of there being “too many containment zones” with a large Source: thehindu.com Related

Assam Accord committee’s report under consideration of State govt: MHA to Rajya Sabha

The committee with more than a dozen members was set up as per the Clause 6 of the 1985 Assam Accord. Source: thehindu.com Related