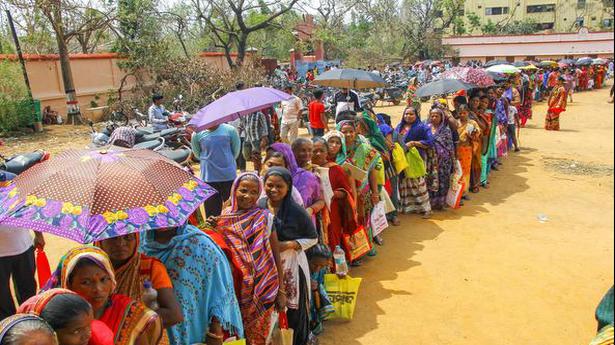 The National Human Rights Commission (NHRC) has issued a notice to the Odisha government over reports that relief material is “not reaching” the affected people in some parts of Puri and Khurdha districts that were worst hit by cyclone Fani.

The NHRC observed that it understands the State administration, in collaboration with Central agencies and NGOs, is trying to cope with the situation, but there seems to be a necessity to identify areas which require immediate relief and rehabilitation.

In a statement issued on Wednesday, the rights panel said it has taken “suo motu cognisance of a media report that people are facing hardship, and are agitated that relief material is not reaching to cyclone-hit people in some parts of Puri and Khurdha districts of Odisha”.

Reportedly, thousands of cyclone-affected people, struggling to get food and water, came out in the streets on May 7. The police reportedly resorted to lathi-charge to disperse the protesters, it said.

The commission said it understands the difficulties being faced by the residents of the affected areas, which going by the media reports are Puri and Khurdha districts.

“Accordingly, it has issued a notice to the Chief Secretary of the government of Odisha, to look into the content of the news reports and take immediate steps to redress the grievance of the general public,” the statement said.

The Odisha Chief Secretary is expected to submit the response to the commission within six weeks, it said.

According to media reports on May 8, the residents were also angry at government’s move to provide additional 50kg of rice and ₹2,000 to the family which are covered by the ‘Food Safety Programme’ in Puri and Khurdha districts.

They have reportedly questioned whether the cyclone has not affected the people who do not have ration cards.

The report reveals that many NGOs, including ‘Khalsa’ based in the U.K., are distributing food to the affected people at different locations, the statement said.

The State government has reportedly claimed that cooked food is being provided to the people staying at shelter-homes and community kitchens have also been opened in most of the slum areas.

The office of the district Collector also witnessed agitation, as 30 women picketed the main gate of the office alleging relief material has not reached their ‘Jagannath Basti’ colony, which is only 4km from the Collector’s office, it said.

Minister of State for AYUSH and Defence Shripad Yesso Naik on Friday said his Ministry has proposed to establish a federation for the promotion of yoga as sport. Acommittee had been constituted under yoga guru Baba Ramdev to take the idea forward. Speaking after inaugurating the two-day international conference on ‘Yoga for Heart Care’ organised […]

Model plan completed ahead of schedule

Phoenix, a Kudumbashree construction unit from Kottankara panchayat, has completed the construction of Alakkukuzhi rehabilitation project much ahead of schedule. A model project of the Kollam Corporation, it has a total of 20 houses in the 1.5 acre property divided into plots of three cents. The Phoenix team took over the construction on January 1, […]

Tension continues to prevail outside TSRTC bus depots across the State on Tuesday after the employees, who called off their 52-day old strike, had tried to rejoin duties. Police detained scores of employees, who tried to prevent buses run by temporary drivers from coming out of the depots. As they were prevented from rejoining duties, […]