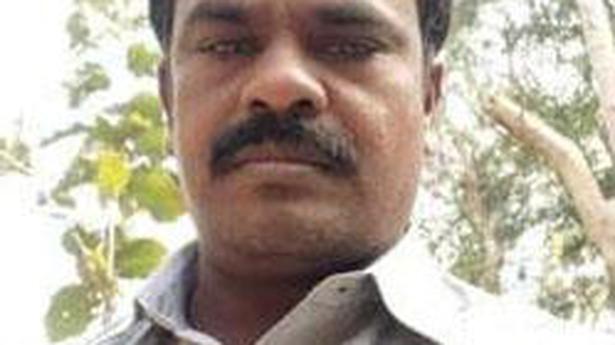 A team of sleuths from National Investigation Agency on Thursday conducted an inquiry with Thiruvidaimaruthur police and others in connection with the recent murder of PMK member Ramalingam.

The NIA team collected the details with respect to the murder available with Thiruvidaimaruthur police and were expected to interrogate the complainant and others in the next few days.

Ramalingam, 45, was murdered by a gang on the night of February 5 at Thirubhuvanam. Thiruvidaimaruthur police, who registered a case, arrested 10 persons in connection with the incident and seized a car allegedly used by the assailants.

The PMK functionary was intercepted by a car-borne gang on Muslim Street at Thirubhuvanam around midnight and was attacked with lethal weapons resulting in deep cut injuries.

He was declared dead on arrival at the GMCH.

Charity comes to the fore during times of distress

Even as the lockdown necessitated by the spread of COVID-19 made the unorganised workers go jobless and the absence of food outlets forced people to starve, good Samaritans in various forms came to their rescue to meet their requirements. Several charitable and social organisations have come forward to donate whatever is required, right from food […]

Members of the All Assam Students’ Union on Monday staged a protest outside the Numaligarh Refinery in eastern Assam’s Golaghat district to oppose the Centre’s bid to disinvest Bharat Petroleum Corporation Limited. BPCL holds 61.65% share of the refinery established in 1993, based on the conditions of the Assam Accord of 1985 that ended a […]