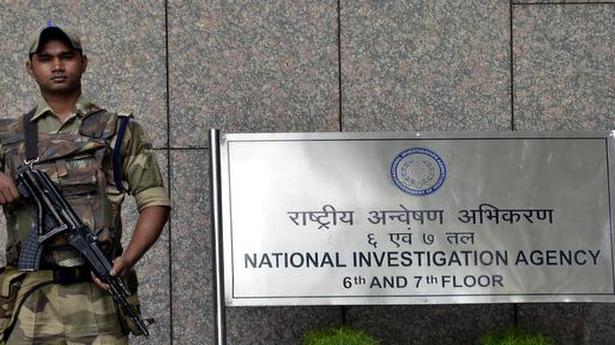 The National Investigation Agency (NIA) on July 28 conducted searches at the residence of four cross-Line of Control (LoC) traders in north Kashmir’s Baramulla town in connection with an illegal funding case.

It could not be immediately confirmed if any detentions or seizures were made during the raids.

The NIA had carried several raids in parts of Kashmir in connection with the funding case registered by the probe agency this week.

After fall in tobacco prices in A.P., farmers in Karnataka cautioned to limit produce

After the collapse in prices of tobacco in neighbouring Andhra Pradesh on account of the global impact of COVID-19, farmers in Karnataka have been adv Source: thehindu.com Related

Special plane to fly out Brazilians

More than 350 Brazilians and foreigners will be flown out of India on Tuesday night on an Ethiopian airline-chartered aircraft, several sources confirmed. The flight will depart from New Delhi at 11 p.m. and stop over in Mumbai en route to Sao Paulo. It will have a technical stop at Addis Ababa. Sources could not […]

Rohit Kumar Singh, Additional Chief Secretary (Medical & Health), steers the huge health workforce in Rajasthan, which is toiling round the clock to tackle COVID-19 and control the spread of the novel coronavirus. He discusses the strategies to deal with the situation in an interview to Mohammed Iqbal in Jaipur on Friday. What are the […]