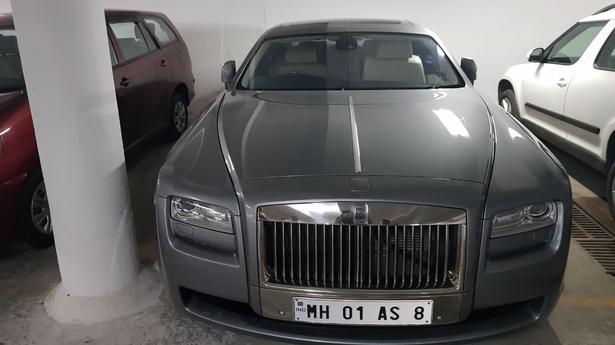 A dozen luxury cars of Punjab National Bank scam accused businessmen Nirav Modi and Mehul Choksi have been auctioned, fetching the government exchequer ₹3.29 crore, the Enforcement Directorate (ED) said on Friday. The vehicles were attached by the agency under the Prevention of Money Laundering Act (PMLA) in the past.

The ED had in March obtained the permission of a special PMLA court in Mumbai for auctioning 13 cars of the Modi-Choksi duo as part of its money laundering probe in the USD 2 billion alleged bank loan fraud.

The e-auction was carried out by Metal Scrap Trade Corporation (MSTC) Ltd, it said in a statement.

The ED and the CBI are investigating Nirav Modi, his uncle Choksi and others for alleged money laundering and corruption to perpetrate the alleged scam in the Brady House branch of the PNB in Mumbai that was unearthed last year.

While Nirav Modi has been arrested in London recently and India is seeking his extradition, Choksi is said to be in the Caribbean nation of Antigua and a similar legal action against him is on too.

The Supreme Court on Wednesday agreed to hear on October 18 a plea seeking directions for interim protective measures for insuring around 15 lakh customers whose money is blocked in the scam-hit PMC Bank. The Punjab & Maharashtra Co-operative Bank has been put under restrictions by the Reserve Bank of India (RBI) following the discovery […]

Use Malayalam as medium of governance: CM

Greeting Keralites on the occasion of the 63rd anniversary of the formation of the State, Chief Minister Pinarayi Vijayan has called upon all government officers to ensure that Malayalam is used as the medium of governance. “The government has the moral responsibility to govern using the same language that is used to seek votes from […]

Andhra Pradesh Governor Biswa Bhusan Harichandan said that the Tuberculosis Association of A.P. should take steps to eradicate the spread of tuberculosis in the State by 2025, at the 70th TB Seal Sale Campaign. The Governor, who is also the president of the TB Association of A.P., said voluntary organisations and medical professionals have an […]