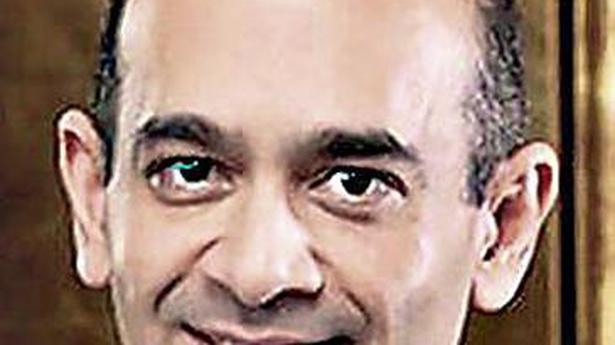 Nirav Modi (48), is currently living in a three-bedroom flat occupying half of a floor of the landmark Centre Point tower block, where rent is estimated to cost 17,000 pounds a month, The Telegraph reported.

The revelation comes a day after Nirav Modi’s 30,000 sq ft seaside mansion at Kihim beach in Maharashtra was demolished by authorities using explosives.

Despite his bank accounts being frozen by the Indian authorities and an Interpol red notice being issued for his arrest, Nirav Modi, a diamond jeweller whose designs have been worn by Hollywood stars, is now involved in a new diamond business based in London, the report said.

In a video posted by the newspaper, Nirav Modi can be seen sporting a handle-bar moustache and wearing an Ostrich Hide jacket, estimated to cost 10,000 pounds. When journalists from the paper questioned him on various issues, including whether he has urged Britain to grant him asylum, Nirav Modi ducked them by saying, “Sorry, no comments”.

A source told the the UK daily that Nirav Modi had been given a National Insurance number by the Department for Work and Pensions, meaning he can legally work in Britain, and has used British bank accounts.

The COVID-19 lockdown has come as an opportunity for Northeast Frontier Railway (NFR) to complete or advance the work of maintaining its assets.Offici Source: thehindu.com Related

The Tribunal however, has allowed the desilting of the river under the principles of precaution, in order to avoid floods Source: thehindu.com Related

3 held for grenade attack on BSF post in Manipur

Three persons were arrested in the Thoubal district on Monday in connection with the hand grenade attack on Sunday on a BSF post at Wangjing Teckcham in the district. S. Ibomcha, SP, told The Hindu that some persons had lobbed the grenade near the sentry post at 7:30 pm. There was no casualty. The SP […]