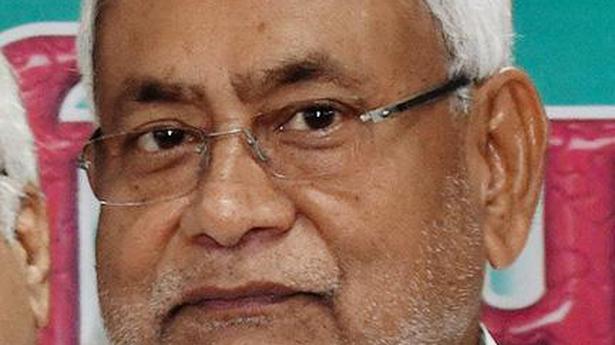 Mr. Tiwari also said that since there was no “credible Opposition” at the Centre these days, Mr. Kumar should come forward and unite all Opposition parties as he had all along maintained his image as a “secular leader”.

“Nitish Kumar has been the Chief Minister of Bihar for the last 14 years… now it is time for him to think about his future and take initiatives to come to the fore of national politics to oppose PM Modi…he has that political guts and calibre,” Mr. Tiwari told a gathering of presspersons.

His son Rahul Tiwari is the party MLA for Shahpur in Bhojpur. Mr. Tiwari also admitted that, of late, all was not well in the RJD as party leader Tejashwi Yadav was not in the State.

BJP, AJSU candidates pitted against each other in Jharkhand

After its NDA ally, the All Jharkhand Students’ Union or the AJSU Party announced its candidate against BJP Minister Amar Kumar Bauri from Chandankiyari, the BJP on Saturday hit back with its nominee on a seat from where the AJSU Party Minister is in the fray. Fourth list In its fourth list of three candidates […]

The moon-bound Chandrayaan-2 spacecraft underwent a crucial orbit manoeuvre at 9:02 a.m. on August 20 morning, announced the Indian Space Research Organisation (ISRO). It was carried out using the onboard propulsion system and the spacecraft is now at 114 km x 18072 km orbit. The move, called the Lunar Orbit Insertion, makes the spacecraft capture […]

Schools and colleges were closed, offices were shut and vehicles remained largely off roads in Tripura on Thursday amid a 24-hour shutdown call given by the Congress, officials said. Shops were also shut in several areas across the State and many trains were cancelled due to the shutdown, which was called by the Congress in […]