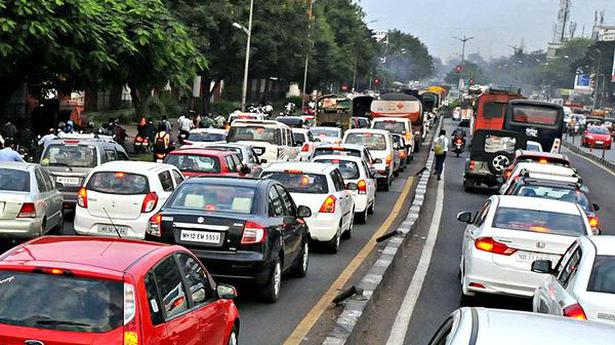 While Delhi has grabbed newsprint and broadcast media attention over its deplorable air quality, citizens of Pune seem clueless about their city’s deteriorating air quality and its baneful impact on health.

A survey on the perception of the city’s air quality and its management jointly carried out by two non-profit environmental organisations, Parisar and the Centre for Environment Education (CEE), indicate that a majority of the residents have a limited understanding of the issue.

Of the 500-odd people surveyed in May this year, only half the respondents were aware that Pune was among the 102 ‘non-attainment’ cities in the country’s air quality standards, while the other half alarmingly did not think there was any issue with the city’s air at all.

Maharashtra has 17 ‘non-attainment’ cities (including Pune) of the 102 cities that consistently violate the National Ambient Air Quality Standards (NAAQS) standards as prescribed by the Central Pollution Control Board (CPCB).

“A majority of the respondents seemed singularly unaware of the purpose of monitoring air quality. They seemed especially ignorant about the long-term chronic impacts of air pollution like cardiovascular and neurological ailments as compared to more obvious acute respiratory ailments,” said Amarnath Karan, scientist and programme officer of the CEE’s Sustainable Urban Development Programme.

He pointed out that most of the respondents selected asthma and common allergies arising from air pollution because these were perhaps the most visible effects as compared with chronic maladies like heart disease or cancer.

“Part of the complacency about Pune’s air quality, stems from the city’s environmental setting amid hills and forests. While Delhi has a number of sources contributing to its pollution — from vehicles to power plants to seasonal crop burning — Pune’s major pollutant is vehicular emission,” says Mr. Karan.

The rapidly expanding city also has the highest number of two-wheelers in the country (estimated at 24 lakh) besides 10-14 lakh four-wheelers and other vehicles.

Aggravating this is the rampant burning of garbage, including plastic and other waste materials, in several spots in clear violation of civic laws.

“Vehicular emission and illicit burning of trash pose a major threat to the air quality. While Pune’s air quality index, especially during monsoon, is ‘good’ as the rains wash away pollutants, it is the winter season which is proving to be most devastating to the city’s inhabitants as the pollutants remain stuck in the lower atmosphere,” Mr. Karan remarked.

He said the survey further revealed poor awareness of the long-term effects of carcinogenic emissions and the fact that young children were the most vulnerable to poor air quality.

He pointed out that while the liver, followed by the kidney, was the most vulnerable among the organs in the given choices in the survey, over half the respondents selected ‘eyes’ as the most likely organ to be afflicted by air pollutants.

“This implies an urgent need to enhance awareness among people that air pollutants do not merely affect the eyes and lungs, but that certain pollutants move insidiously inside the body causing extensive damage to vital organs,” said Mr. Karan.

According to Sujit Patwardhan, founder of Parisar, a sustained effort must be made on part of the Pune Municipal Corporation (PMC) to wean people away from owning more private vehicles and focus on developing an environment-friendly transportat infrastructure to check rising vehicular pollution.

“The PMC’s massive transportation outlay is generally devoted to accommodating — and encouraging — the rise of private vehicles as manifested in the ambitious Ring Road projects and the construction of more flyovers. In stark contrast, the budget for developing and maintaining Bus Rapid Transit Systems (BRTS) is nominal, while only a pittance is devoted towards creating an eco-friendly, cycling infrastructure,” observes Mr. Patwardhan.

Stating that the city’s BRTS was in a shambles, he said that the failure of decent public transport systems gave people a reason to buy more two- and four-wheelers, thus increasing vehicular pollution.

“This is indeed a most vicious circle. With more than two lakh vehicles added on the city’s road each year and the city being projected as an ‘automotive’ hub, the air quality is bound to progressively deteriorate,” he said, adding that there was always a lot of excitement when it came to developing projects geared towards accommodating private vehicles, but complete apathy in developing cycle tracks.

“Even a well-developed BRTS helps reduce pollution and improve air quality. But unfortunately, 80% of the city’s road space is taken up by four-wheelers which ferry only about 20% of the population,” Mr. Patwardhan said.

Dalit man’s body exhumed in Telangana to ward off evil

The body of 50-year-old Dalit man Midthanapalli Bhiksham, who drowned in a village tank nine months ago was illegally exhumed earlier this month in Kommala village of Telangana allegedly to ward off evil and ensure rains. The incident came to light on Tuesday, two days after the family learnt from neighbours in the SC colony […]

Left MPs spar with BJP over reference about UAPA arrests

Left MPs sparred with the BJP in the Rajya Sabha on Wednesday over the comments of the ruling party MP G.V.L. Narasimha Rao referring to two CPI(M) activists arrested under the Unlawful Activities Prevention Act (UAPA) saying the party insiders wanted to shield the two men. Mr. Rao was speaking on “politicising police investigation.” He […]

The Himachal Pradesh Cabinet has approved signing of a Memorandum of Understanding (MoU) to sell Yamuna water from the State’s share at Tajewala corridor, an official spokesperson said. The State government would earn ₹21 crore per annum from the sale of water. In a meeting chaired by Chief Minister Jai Ram Thakur on Monday, the […]