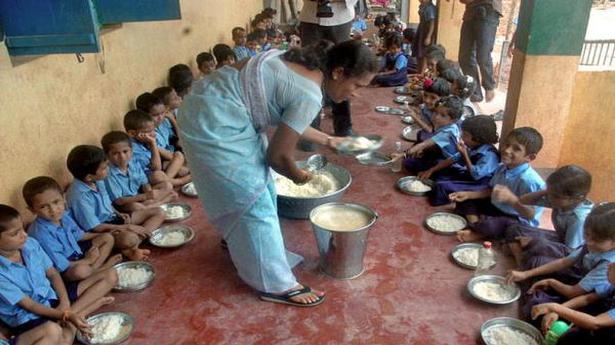 The National Institute of Nutrition said on Tuesday that it stands by its findings certifying mid-day meals sans onion and garlic provided by Akshay Patra Foundation (APF) in Karnataka schools as compliant with nutritional norms laid down by the State government.

The response from the institute follows an open letter from experts asking it to withdraw its report on APF on the ground that it was not based on a “systematic scientific study”, which would include a physical inspection at schools. The signatories of the letter comprised 10 organisations as well as 94 experts, including faculty from prestigious institutes like IIM Bangalore, Tata Insitute of Social Sciences, Centre for Sustainable Agriculture, Jan Swasthya Abhiyan, Right to Food Campaign- India, People’s Union for Civil Liberties, etc.

“We stand by our response to the Karnataka Government,” NIN’s Director, Dr. Hemalatha R, wrote in response to a story in The Hindu on May 14, 2019.

In January, 2019, the Karnataka government had asked NIN to assess APF meals for nutritional compliance, food safety, taste and diversity of meals following objections by Karnataka State Food Commission as well as activists that absence of onion and garlic from meals made the food unpalatable and resulted in children consuming less quantity of food. APF provides food under the government’s mid-day meals programme at 2,814 schools in the State.

NIN’s response added that its report was based on computing macronutrients and micronutrients from menus suggested by Karnataka government and those provided by APF.

On the issue of onion and garlic missing from meals, the Director wrote, citing various studies, “looking at each vegetable or compound in isolation and implicating it to the overall nutritional quality of composite meal is not justifiable. NIN has no hesitation in saying that most vegetables/fruits improve bio-availability of micronutrients and hence can be used interchangeably.”

Bengaluru based independent researcher, Siddharth Joshi, who was among the signatories of the open letter, rejects NIN’s explanation.

“How could NIN prepare a report without a field-level assessment of the quantities of ingredients used in preparation of food to ensure nutritional requirements were being met and not verify claims being made on a paper menu by APF. The issue is not just about absorption of nutrients, but is also about the food not being as per local tastes. The most important question that authorities are glossing over is why not provide onion and garlic, which are available all round the year and are cheaper than other ingredients,” he said.

The Congress Working Committee (CWC) on January 11, 2020, demanded that the Citizenship (Amendment) Act should be withdrawn and the process of NPR be stopped forthwith, as it accused the BJP government of using its brute majority to impose a “divisive and discriminatory” agenda. The Congress top brass meeting, chaired by party chief Sonia Gandhi, […]